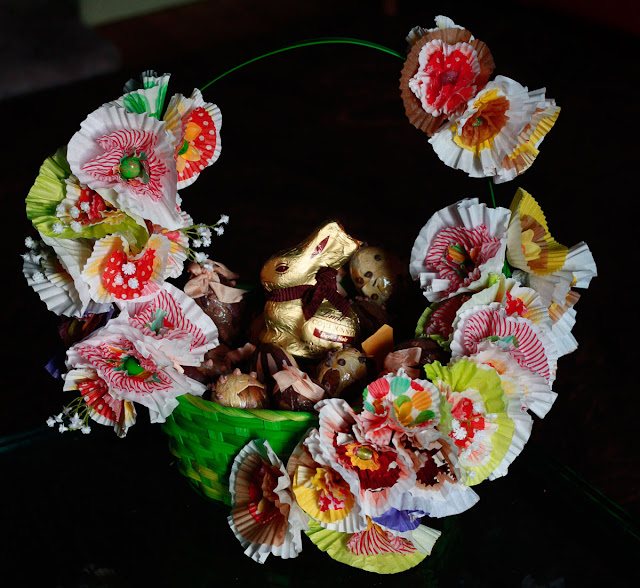 I have a confession to make.

Three years ago I stole a chocolate Cadbury bunny from a small child.

By stole, I mean, I quietly removed it from his mother’s shopping cart at Target while she was turned in the opposite direction.

Look, I’m not proud of my actions. I’m certainly not in the habit of removing things from other people’s carts, especially while a drooling toddler looks on from the front basket, but it was the Saturday before Easter and there were no more Cadbury bunnies on the shelf.

There would be no more chocolate bunnies UNTIL NEXT EASTER.

Do you hear me? A WHOLE YEAR PEOPLE.

It was a now or never, fight or flight situation.

I needed that bunny.

Later, as I sat there eating that bunny in the Target parking lot later that night, I thought to myself…. You’re a grown woman. This holiday is a celebration for kids and families and churches and wholesome stuff like that. Think about it; Is this chocolate bunny really worth stealing from a small child? 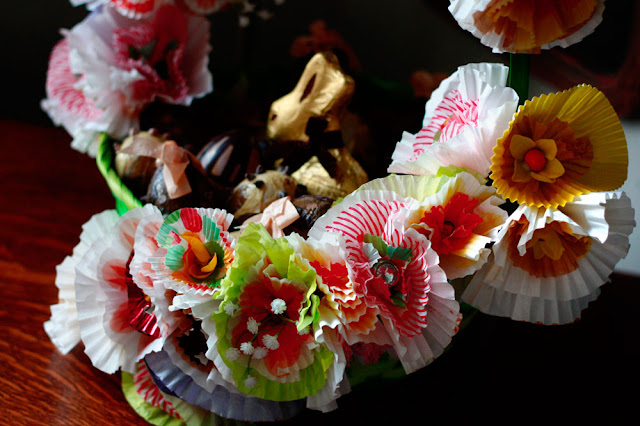 Of course, Karma, the ever-faithful mistress of Truth, decided to seek her revenge this weekend. As I once again strolled the Easter isle at Target I arrived just in time to watch a little boy, probably around 8 years or so, struggle to reach the last Cadburry bunny at the rear of a very high shelf.

No joke. What are the chances? I know, right? Karma. Or worse: Chocolate Karma.

Plagued with three-year-old guilt, I assisted in reaching the bunny and placed it in his hands. Now, I could have taken it and made a run for it, but instead I gave it to him. I know, right? Sainthood.

With no more Cadburry bunnies on the shelf I settled for a bag of Cadbury eggs and the Lindt chocolate bunny featured here. Lindt is good chocolate too. Not Steal-from-a-small-child Good, but pleasant enough to photograph.

The flowers are made from cupcake flowers (click here for full tutorial). It came out nicer than I suspected. It would look nicer with a Cadbury bunny in the middle, but these are the sacrifices I make. For the children, you know.

Decorating the basket is easy. Just twist the cupcake flowers directly on to the basket until you feel it looks like a proper church hat. I don’t like messy tails and twister pieces showing. Luckily it’s easy to wrap some seam binding around the ugly bits.

These eggs are from ten years ago when I did a chocolate Easter tree. All the eggs were made of real chocolate.

And yes, I said chocolate tree. And you’re right, it was magnificent.

Most of the eggs got eaten right off the tree, except these ones, which are just superficially decorated with real chocolate in hopes I would not eat them in mid-November chocolate craving rage they would last . Yes, you heard right, real ten-year-old chocolate. I took plastic eggs from the store, painted them various shades of chocolate brown, then glued mini chocolate chips all other. Two layers of outdoor varnish, and look, still kicking!  They are way to heavy to heavy to hang on the tree, but they look nice in the base of the annual Easter basket. The chocolate chips are a little speckled, but amazingly, they have held up beautifully.

And who needs to buy Easter grass when you have colorful trimmings from making coffee filter flowers. Yes, I even keep my craft coffee filter scraps. They are too pretty to throw away. 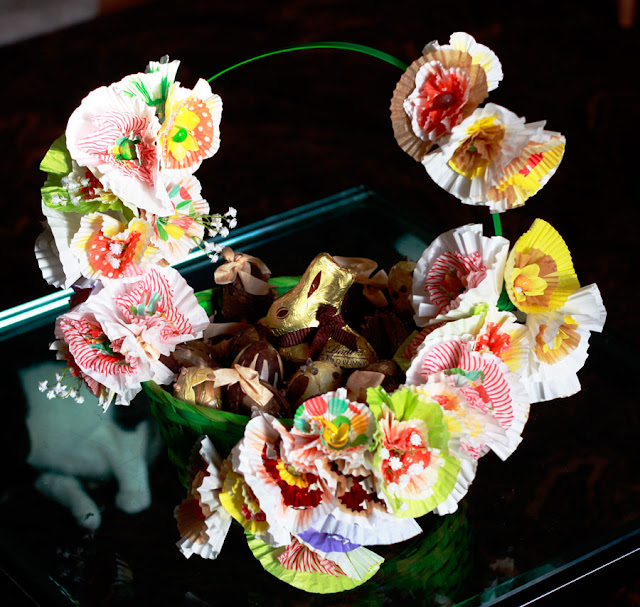 Lola decided she wanted to be the chocolate bunny  in the middle of this year’s Easter basket. It didn’t go so well. Now working on a bigger basket to accommodate. Stay tuned!