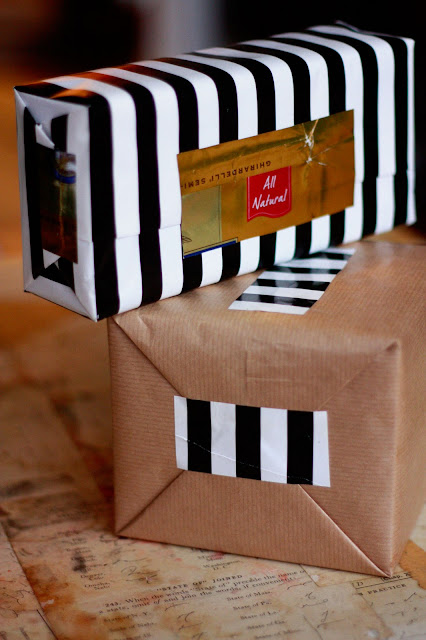 …But somewhere along the way folks realized they could get colored tape in the electrical section down at the hardware store. Then some crazy kids made prom dresses out of duct tape. Then it was only a matter of time until some fancy stationary suppliers started printing patterned tape….and before you know it, it’s 2005 and  I’m standing in line paying $7.00 for a roll of aqua blue polka dotted tape, a roll which remains, to this day, untouched.

Those little polka dots are too precious to waste! 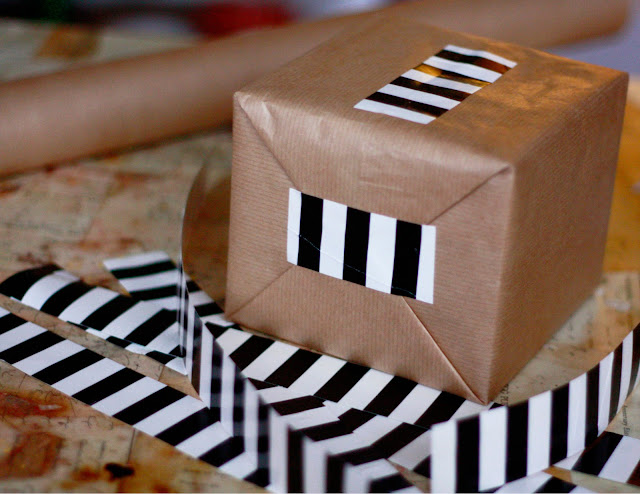 I felt so clever when I came up with this idea last week….then I googled around and discovered, well, I’m not so clever after all.

Several people have made their own fabric tape, mostly using glue to adhere to another base, (I’m especilly fond of this one from Annekata, btw, gosh what a lovely blog)…No doubt the paper tape and glue approach is an excellent way to go, however, I am lazy and have no problem shelling out $3.00 for a large sheet of double-sided contact paper knowing it will give me 30+yards of custom tape.

Aren’t you impressed with my math skills? I sure am. 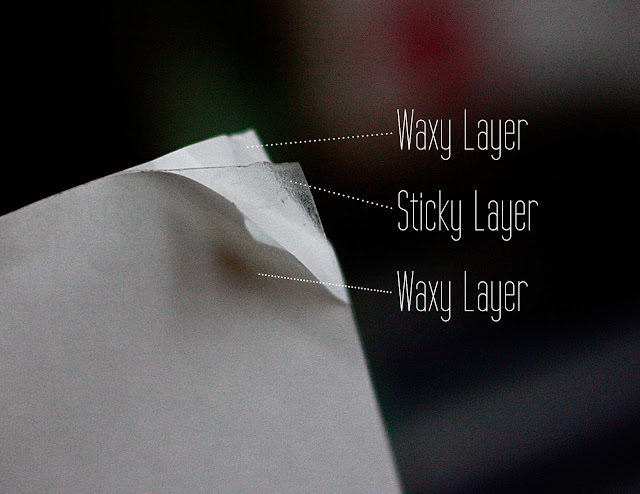 Double sided adhesive paper is the critical component to this project. You’ll find it in art supply stores in the drafting section, or in the scrap book section at most craft stores. It looks just like regular contact paper, only it’s sticky on both sides. 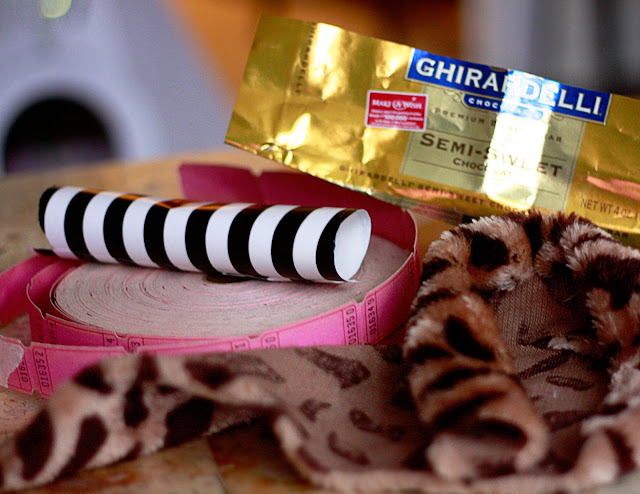 Because the adhesive will stick to everything, you can make your custom tape from just about anything; paper, fabric, faux fur, chocolate wrappers, raffle tickets….I’ll show you something fun with faux fur in a couple days 🙂 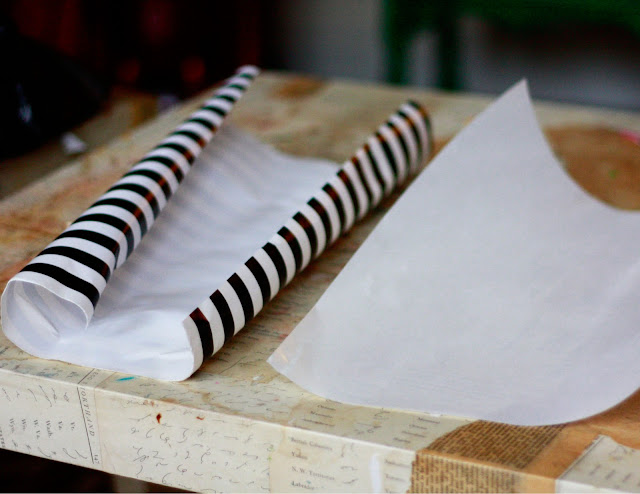 To demonstrate, I started out with a piece of double sided adhesive paper and a piece of decorative paper, roughly the same size. 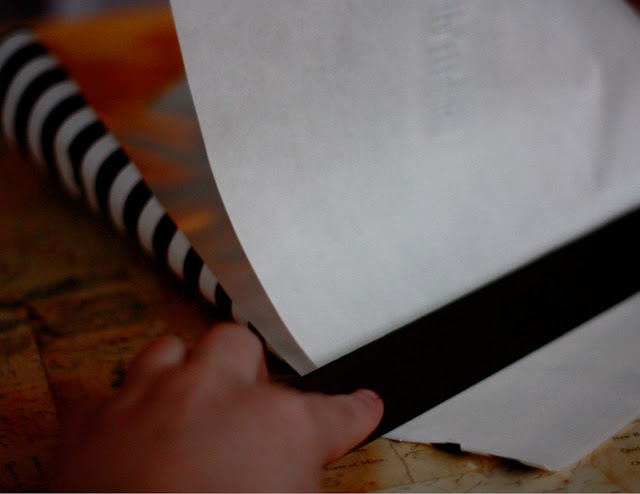 Remove one layer of protective coating from the double-sided adhesive paper and use a ruler or bone folder to adhere it to the backside of the decorative paper. 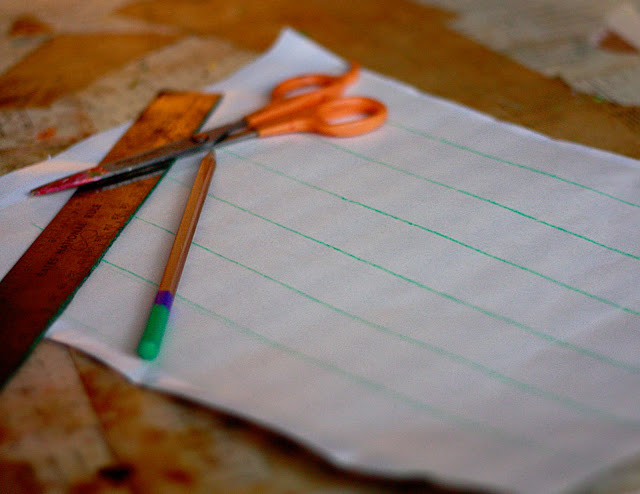 Decide how thick you want your tape and mark lines accordingly. I chose to have my tape the same width as my ruler.

I told you I was lazy.

Use a scissor or an exacto to cut the strips. And yes, some of us have scissors with painted tips. It’s a pretty thing.

Make it easy on yourself down the road and use the tip of some dull scissors to score the waxy backside of the tape. This will make it easier to remove the backing later on when you want to expose the stickiness. 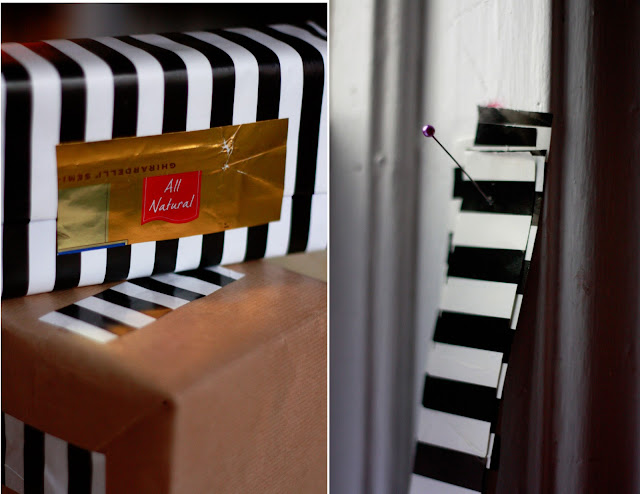 I haven’t figured out a great way to store the tape just yet (ideas anyone?) Spools seem tricky so for now, I’m just pinning the stack against the wall so I can snip pieces as needed.
Now comes the fun part -making more stuff so there will be little gifties to wrap up and give away.
Hooray!
« Madame Rhinoceros
Good thing I’m not superstitious… »