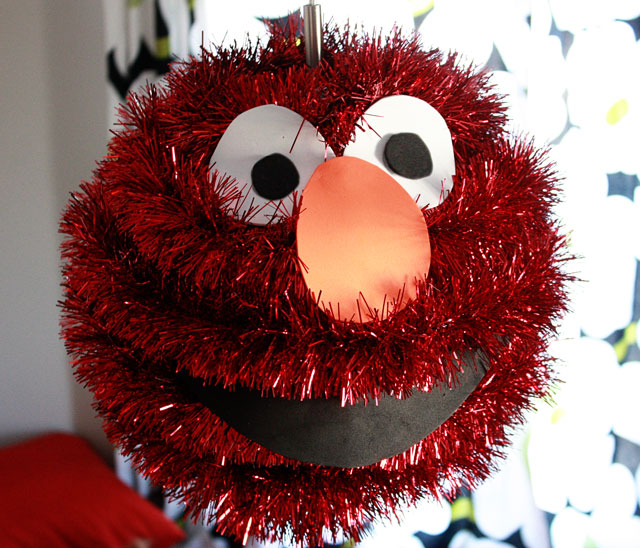 I’m prety sure my family thinks I’m trying to turn my 2-year-old niece Abigail into a drag queen.  First I tried to dress her as Priscilla Queen of the Dessert style flamingo , now I’m making disco balls out of her favorite Sesame Street character, Elmo.

Now, I should say, I’m normally too stuck up to make things with characters on them… but seeing as he is Abigail’s favorite, and he is sort of a Muppet, I’ll make an exception for Elmo. Plus, the little dude is starting to grow on me. Have you seen this?

After watching that video I can’t imagine anyone not wanting something fabulous and Elmo like in their house. But, if you are still on the fence, consider the faceless Elmo pendant — still pretty groovy. 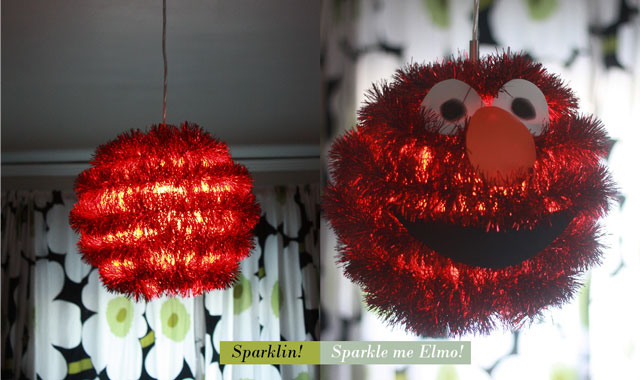 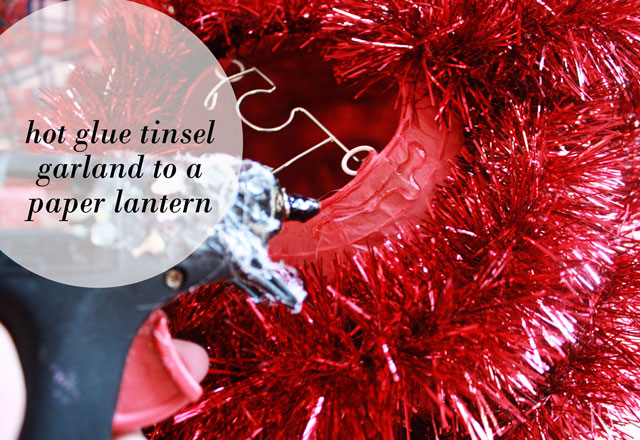 Not much of a tutorial on this one. The complicated part is figuring out how much tinsel you will need to cover the lantern. That’s all math (read: that’s all you). I can tell you though, that my 9′ of tinsel stretched to cover a lantern with a 10″ diameter. An extra 2′ would have been nice, but I made it work. If you are going to order tinsel garland online, I would order a lot. 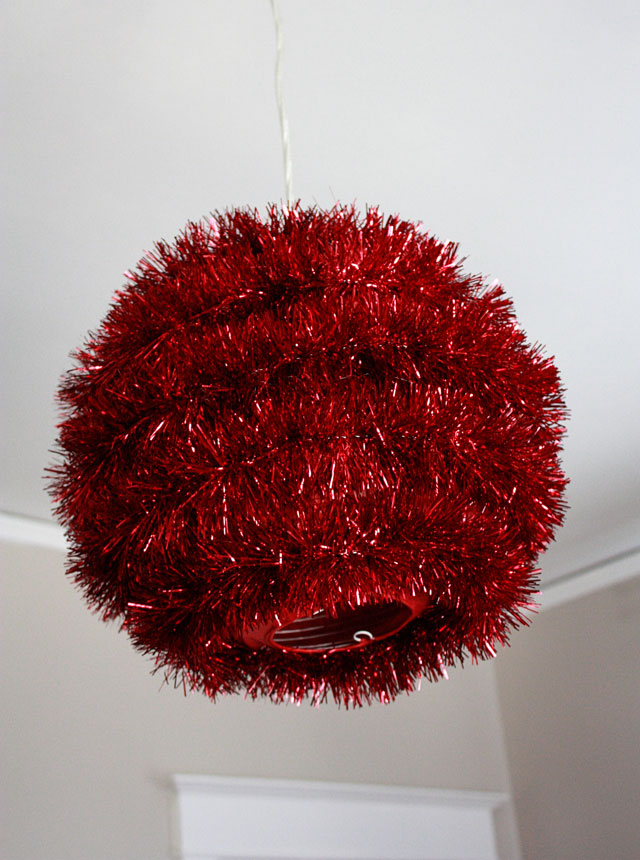 Fine. Cut some simple face shapes out of craft foam and attach with hot glue. 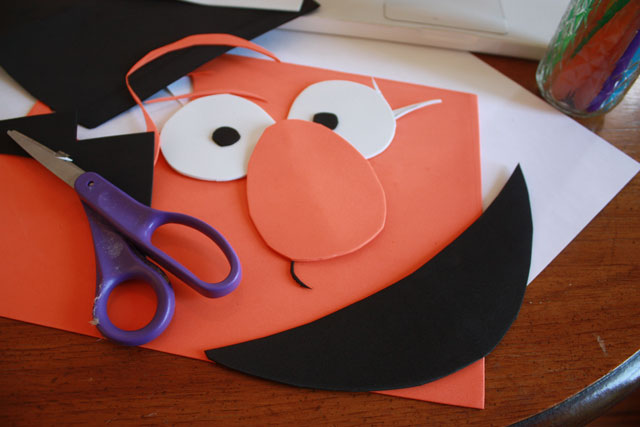 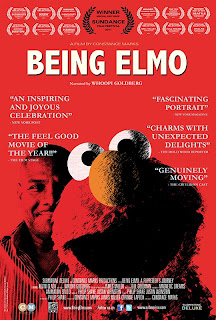 Hard part is finding the tinsel in the off-season, but you can find it online. Had I thought ahead of time, I would have stocked up on tinsel after Xmas. How fun would it be to make a dozen of these for a party? I might have to order some gold and green and purple tinsel garland to wrap around lanterns for a Mardi Gras party. Fun!

PS: For all the parents of Elmo fanatics out there, did you know there is an indie film about the heart and soul of Elmo – Kevin Clash? Being Elmo is rolling through theaters right now–you should get a babysitter and take your butt to see it. So cool!