Stuffed animals are funny things.
Recently I was testing out some camera tricks and decided to use Pooh, my beloved and most favorite stuffed animal, as model. This was no big deal until I was looking through the resulting photos and it occurred to me that I had never bothered to take a single photo of Pooh before. Never.
How can this be?
This is absurd. I’m the kind of person who takes photos of strangers on the subway. Photos of dinner rolls at fancy restaurants. Photos of babies crying bloody murder from the toxic fumes emitting from their diapers…. How, oh how, is it I never took a picture of someone as important as Pooh—the one who has spent more hours at my side than any living creature?
He hasn’t slept in my bed in years, and yet, if I recall the very best and the very worst moments of my life I recall Pooh being within eye shot or an arm’s reach every time. He has seen everything and knows things about me that I would never ever admit to a living person. And perhaps that why I went all these years without a photo – because he is not a person. He is a thing. He is not real.
Or is he?
From Margery Williams’ The Velveteen Rabbit, 1922
“What is REAL?” asked the Rabbit one day, when they were lying side by side near the nursery fender, before Nana came to tidy the room. “Does it mean having things that buzz inside you and a stick-out handle?”

“Real isn’t how you are made,” said the Skin Horse. “It’s a thing that happens to you. When a child loves you for a long, long time, not just to play with, but REALLY loves you, then you become Real.”

“Does it hurt?” asked the Rabbit.

“Sometimes,” said the Skin Horse, for he was always truthful. “When you are Real you don’t mind being hurt.” 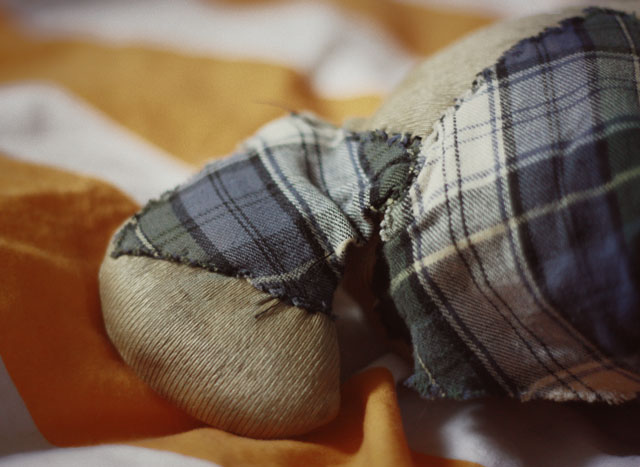 “Does it happen all at once, like being wound up,” he asked, “or bit by bit?”

“It doesn’t happen all at once,” said the Skin Horse. “You become. It takes a long time. That’s why it doesn’t happen often to people who break easily, or have sharp edges, or who have to be carefully kept. Generally, by the time you are Real, most of your hair has been loved off, and your eyes drop out and you get loose in the joints and very shabby. But these things don’t matter at all, because once you are Real you can’t be ugly, except to people who don’t understand.” 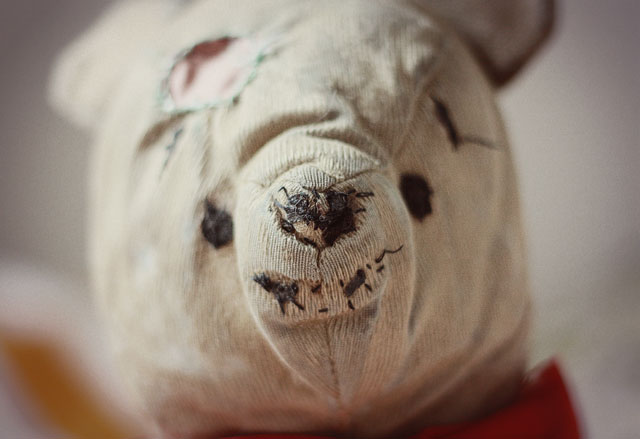 « Hee Haw
Advice from my boyfriend »