Why is there a glittered disco giraffe in my living room?

Why the Hell not? 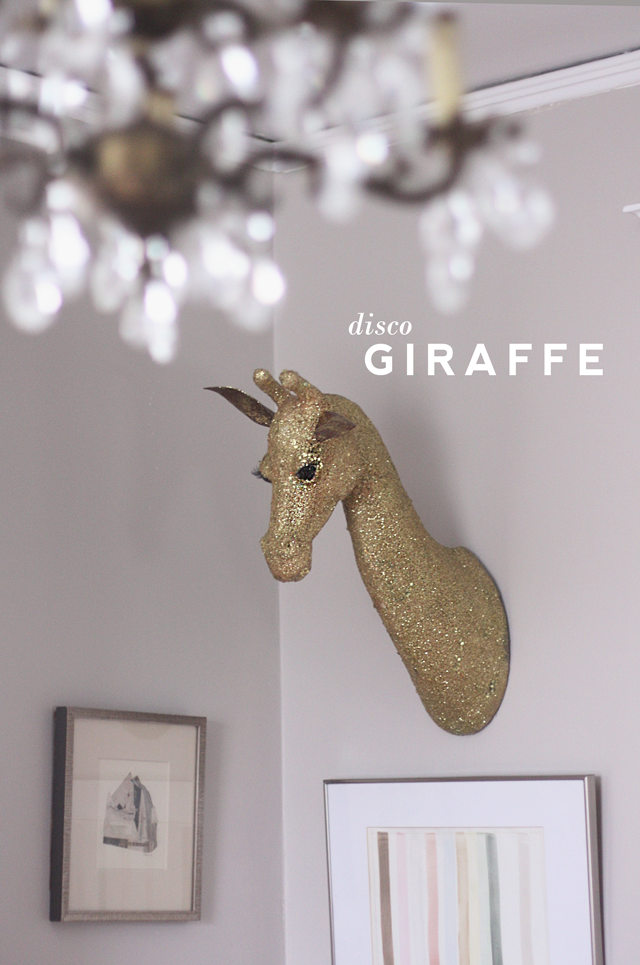 See what I mean?
I made this giraffe last fall but I neglected to tell anyone or take pictures because I thought she was missing a certain something. Turns out that something was false eyelashes from the Jamaican beauty supply store. So obvious. I didn’t even see until after the package was open that they are made from human hair. So now I have a fake eyelashes made from real hair on a fake giraffe. Awesome. 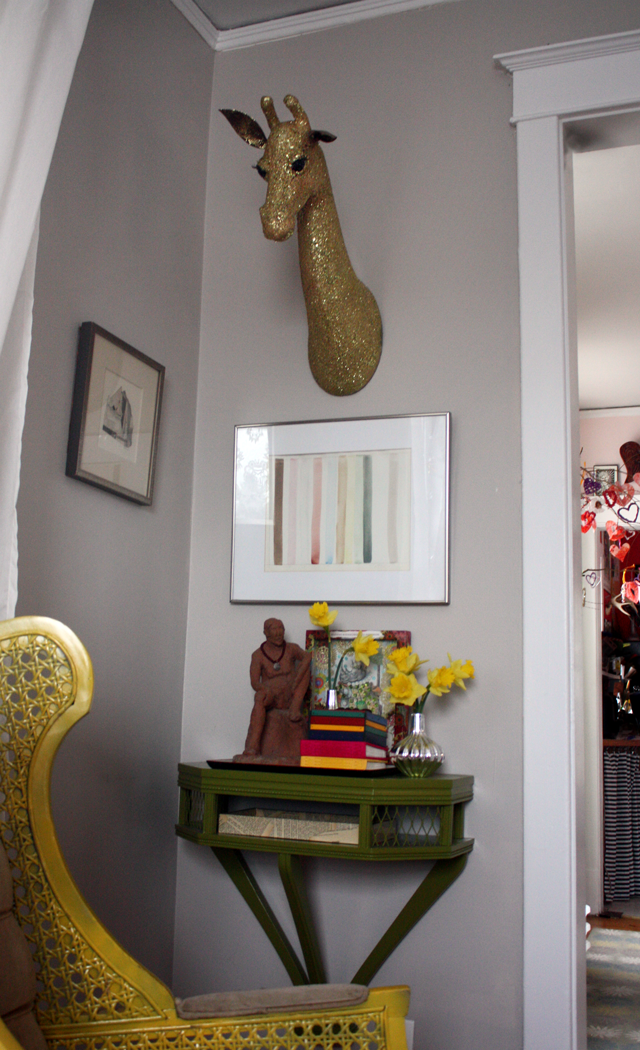 The giraffe is originally from Cost Plus World Market. I wish they would decide if it is called Cost Plus or World Market. The bags say the latter but I know five people who call it the former. It’s confusing. Anyway, this giraffe was hanging there on a clearance wall. Originally she was $85 but on sale for 60% off, then I saw one of her ears was damaged so I asked for a display model discount and boom…I walked out with a $25 giraffe. Not bad.

She started out this sort of  glossy newsprint looking thing, so I decided she needed to be painted gold… 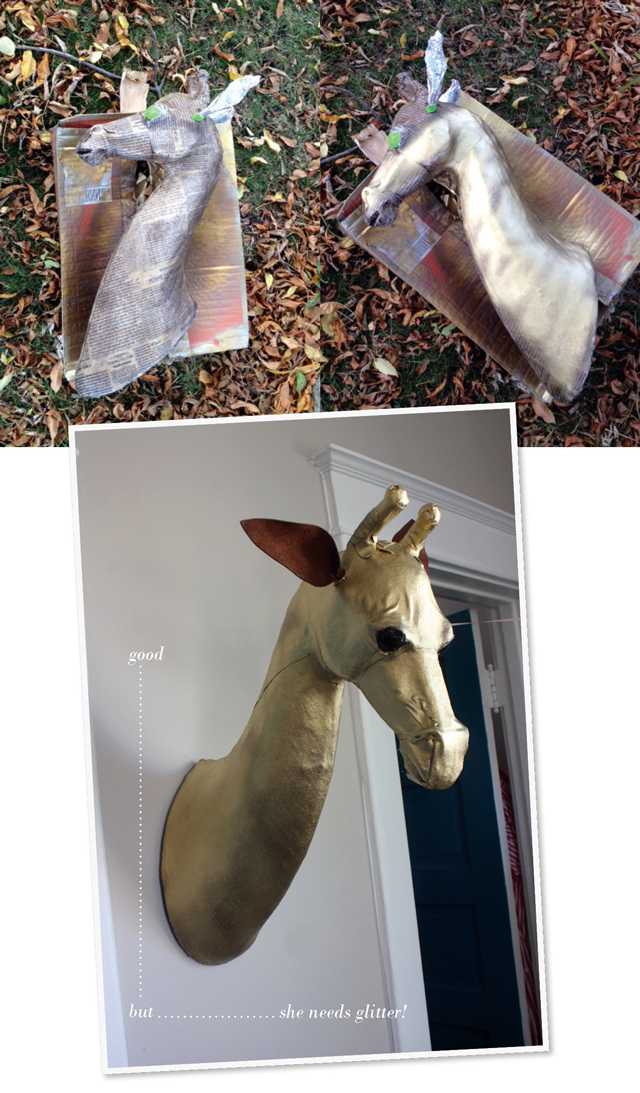 But then the gold just didn’t do it for me.

As with all things in life that don’t do it for me, the answer was glitter. 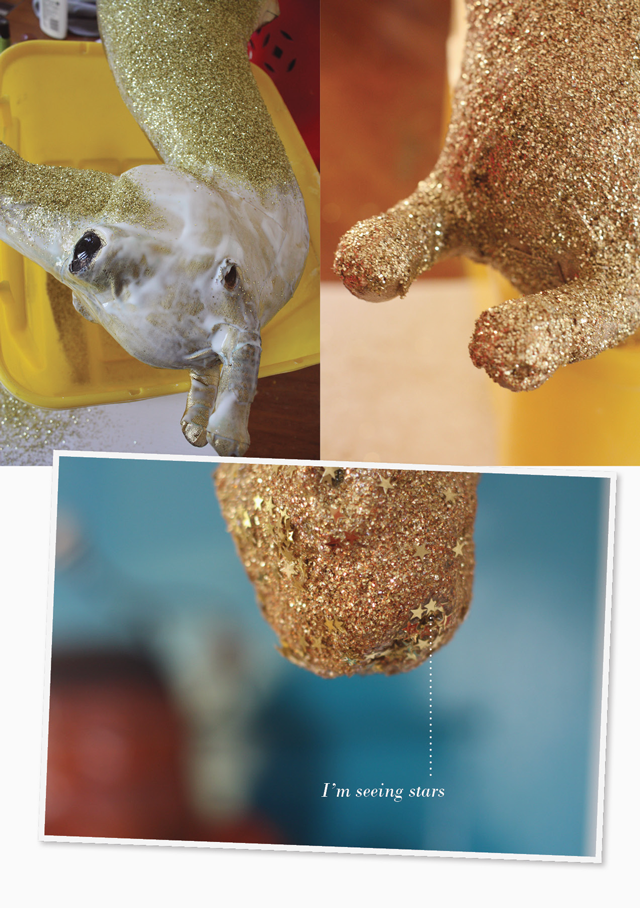 Side Bar Tutorial for people who fear glitter, aka: The Herpes of Craft Supplies, aka:

How to Glitter Something So the Glitter Never Comes Off

Here is a glitter tip from my friend Ann: Mix two or more sizes of glitter in the same color to achieve extra depth and sparkle. Ol’ Donna here has extra fine, extra chunky, and star shaped glitter covering her skin. Now she is ready to disco!

« Let’s Talk
Weekend at the Movies »