The morning of my 30th birthday we were driving back from a weekend in Washington DC and stopped off for a fancy birthday breakfast at The Greenbrier (aka The Mothership), in White Sulfur Springs, West Virginia. The food was superb, the surroundings impeccable, the chandeliers To Die For, and if it were not so fancy (and we didn’t have a personally-assigned butler standing over our table) I totally would have stolen one of the drinking goblets as a souvenir. I know that sounds bad, but listen, these were not just any glasses – we are talking emerald green. Anchor Hocking forest green glass to be specific.

I am still not over them. I told myself if I ever saw a set, I would buy them on the spot. 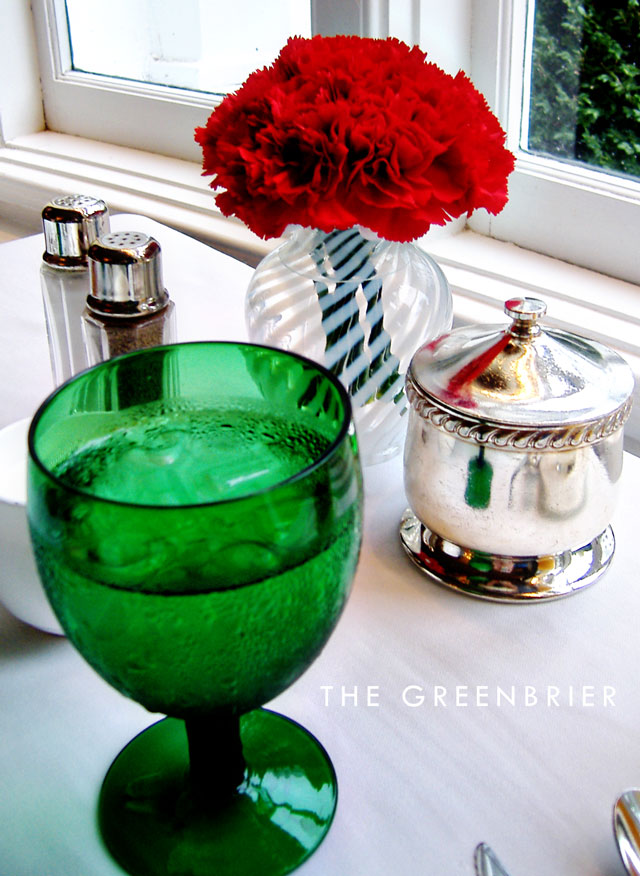 I’m in the thrift store last night and I see them: ANCHOR HAWKING GREEN GLASSES. Not the same shape as the stout goblets at The Greenbrier, but more practical drinking glasses instead, which would be even better for me. It was meant to be! My heart be still, and there were ten of them. TEN! And a buck each! That’s a ten dollar dream fulfilled! Exclamation point!!!!!!!!

Without the width or arm span to carry all ten, I bolted to the front to grab a basket. 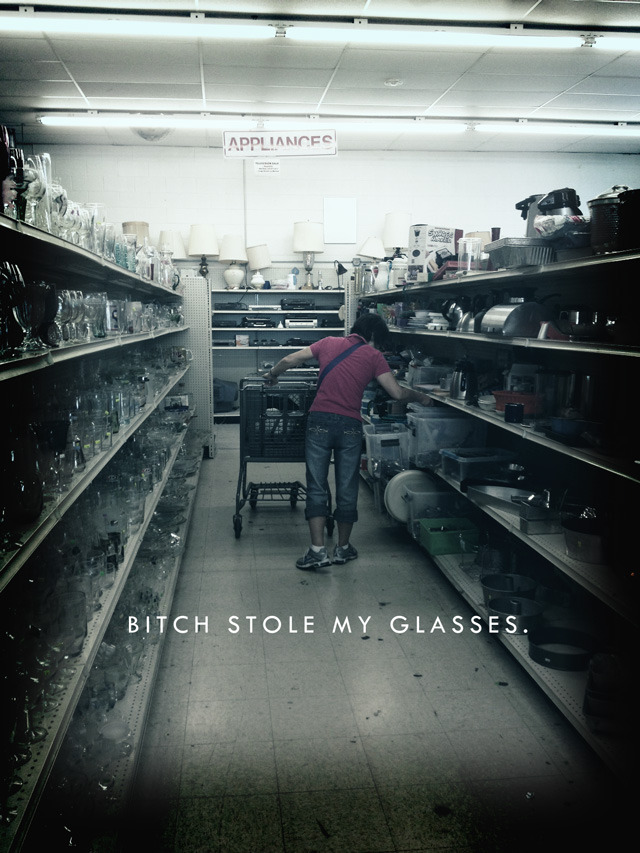 Okay. They weren’t mine yet. Fair enough.

But I saw her looking at me looking at the glasses after she had already passed them in the aisle. There is no way she would have picked them up had I not been stupid enough to show enthusiasm and then walk away long enough for her to grab the glasses and mix them in her cart with her stupid puppy puzzle and her Beanie babies. I hate her. Okay, that’s not nice to say I hate her. In all fairness, she was very nice in shooting down my plea to accept my twenty dollar bill to hand the glasses over. Whatever. I still hate her. Her and her stupid capri jeans and grabby hands. She probably won’t even appreciate those glasses.  Those beautiful creatures will just go home and sit her garage with her filthy stock-pile of Beanie Babies and capri jeans. I hate her.  I HATE HER.

So I felt bad about it. I went home and buried my hatred in a helping of Haagen Daz and an online search for Anchor Hawking.

….Yeah, so, I found some. Forty bucks. I figure, between that twenty I offered Lady Capri Jeans, and the other ten I would have spent to buy them, that would have come in just $10 under the $40 this place is charging online. That’s almost a good deal, right?

« I Want My Pot Back
Pom Pom Monograms »