When we were in Switzerland we visited Gstaad for the Promenade Party, which is somewhere between a parade, a beauty pageant, and an Oscars after-party. For, ahem, cows. 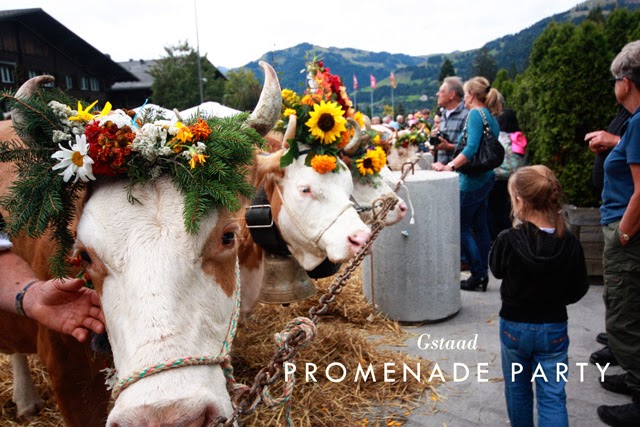 I took a lot of pictures, but sometimes video makes for a better illustration.

And it’s not so much a pageant as it is an election. The super manly cowherds dress up the cows in flowers and parade them down the main street in town, and the kids follow with the kids (kid is a baby goat –see what I did there?) and everyone is wearing a number and showing off the goods. “Pick me! Pick me!” they cry, only they don’t say it in English, they say it in French or German or Swiss-German or Romage, because they all speak eleventy languages like that. And, not like our small-town parades, the locals aren’t lined up in front of post office and the Piggly-Wiggly, they line up on the stoops of the local retailers like Rolex and Ralph Lauren and Cartier. It makes Rodeo Drive look like a run-down strip mall. And not the nice one with the chicken and waffles place — look, I like that place.

And then, at the end of the parade, instead of heading off to a barn, the animals trot up a red carpet and hang out at a huge outdoor party while the local hotel serves free food and champagne to anyone and everyone in sight. It’s swell. Ladies with Hermes handbags and fresh facelifts are given the opportunity to inspect the cows and goats before casting their vote and tossing their ballot into a silver wine bucket. Even I got to vote, and I don’t even live there! 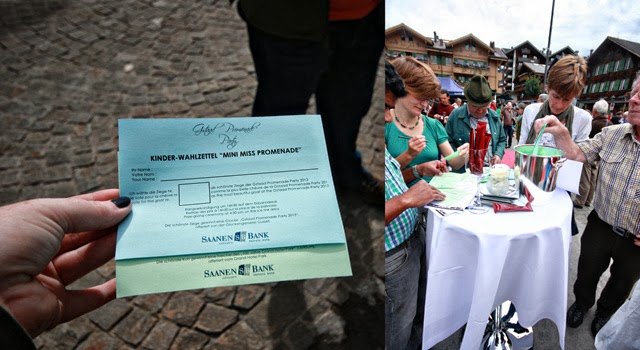 This the cow I voted for. Tall hat Number Five. She lost to that one in the sunflower belt, Number Four. 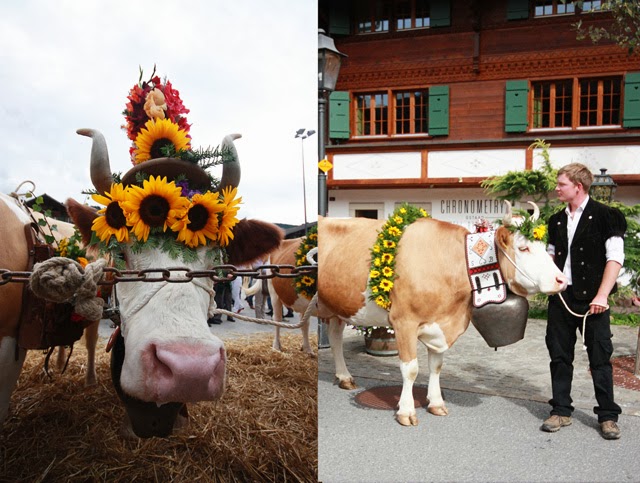 Would you look at the udders on that one? What a tramp. 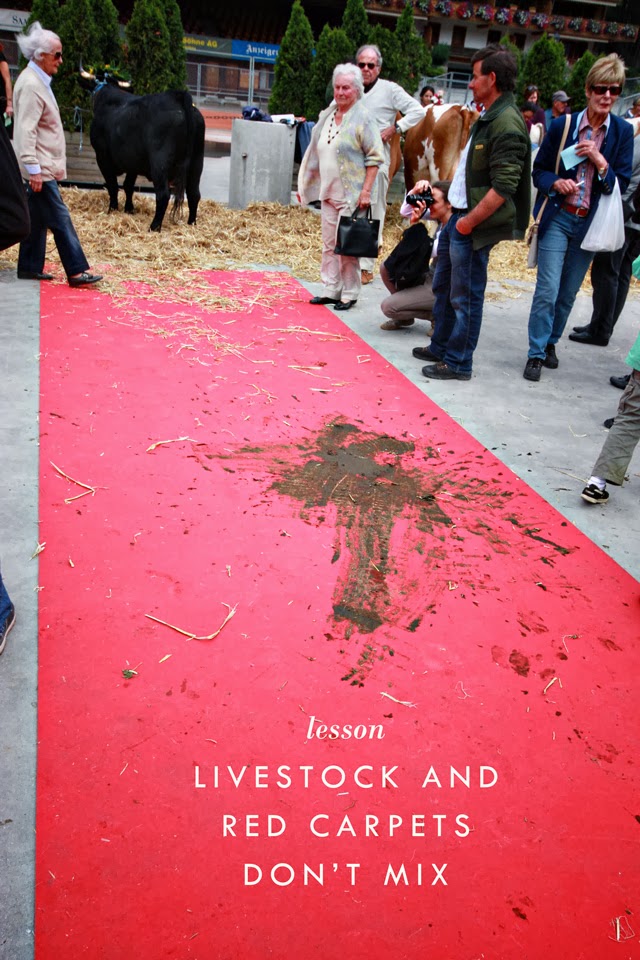 I wrote a story about the tradition of the Des Alps cow parades a couple years ago, you can read it here, or better yet, go to the Gstaad Promenade Party website and check into details for the event next year. A pooped up red carpet is something everyone needs to see once in their life, at least once, and I don’t see the Hollywood folks taking up the lead on this one.