I put some oranges and a disco balls in a bowl. Why? Because I could. And it’s Christmas. And because 1977’s Disco Christmas might be the fiercest holiday track since the dawn of sleigh bells. 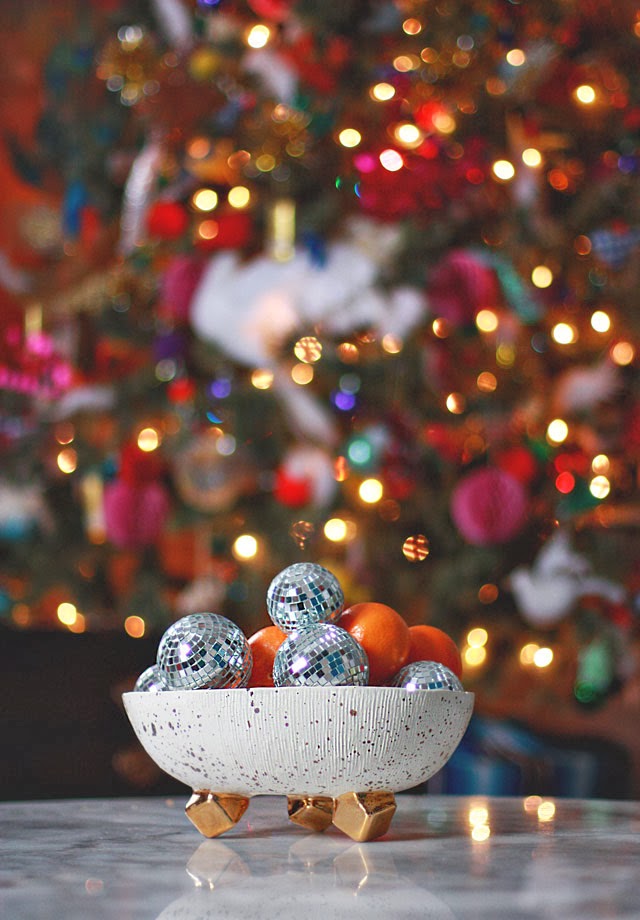 Most people have a childhood favorite holiday song – Rudolph the Red Nose Reindeer, Santa Claus is Coming to Town, or something they sang in kindergarten, probably. Something they hear on the radio every year. It makes them feel good. My favorite, Disco Christmas, never comes on the radio. I only know it because we had it on record as a kid (it was a RED record too!), and I played it over and over again so often one August that my mother hid it under a mattress.

Hey Rudolph, want to know something? I can’t dance myself but let’s try! Imma work it out in these new platform boots!

How does Bing Crosby still hold the #1 spot with this treasure on the loose. If you are in the mood for more weird Christmas music, you have to check out April Winchell’s latest compendium. It’ll keep you occupied through New Years.

Do you have a favorite Christmas Carol? Brownie points if it’s weird!