It’s been a while. How are you? Despite my lack of posts last week, I’m alive and well, although, kinda grossed out at the general state of humanity right now.

Yesterday I went with a friend to see that animated movie The Secret Lives of Pets. And I cried. Hard. I cried eight times. And y’all – this isn’t a crying movie. Like at all. Not an Ol’ Yeller in the bunch. It’s got dogs and cats and badass pig named Tattoo. An it’s not like me to see a kids movie in general, much less in a theater on the weekend, but it was a good to have a distraction from all the ugliness on the news. In retrospect, I recognize that me, a 36-year-old childless woman crying at an animated dog movie was just tension relief from all the other stuff last week, but yeah. It was weird. The movie was good btw, but the week was weird. And horrible. And terrifying. I had a post ready to go on Thursday but somehow didn’t feel right talking about this crafty doodah I made when people are struggling to be heard. And by “heard” I mean “not murdered.” If there was ever a time for me to feel gratitude for my life (and let’s be blunt – my privilege)…now is that time.

Holy shit am I lucky.

Don’t know about you, but I have seen some folks on social media demanding we all take sides and scream one way or another. And that makes sense because when you are neutral in situations of injustice you enable the oppressor. Evil thrives where silence persists. But, there is also something to be said for choosing compassion. Compassion and opinions are two different things. And to the best of my knowledge, compassion rarely lives in the hearts of those busy speaking; it comes to those who are listening.

So this is my current mantra: Read, watch, listen. Even though I am burned out and want to go off-grid to live in the woods like a bearded gypsy just to get away from intense current events, I’m going to make myself consume it. I’m doubling down. And I would encourage you to do the same. But here is the thing – just for this week, consider getting your news from the sources you usually avoid. Talk to that friend/relation/coworker whose opinions are usually the polar opposite of yours. Listen without intention of speaking. IT IS HARD. Why do it? Because maybe people are more alike than we are different…and maybe we’ll figure out how we let it get this bad in the first place. Then, if we try hard enough, maybe we can use that as the roadmap back to decency. Because that it our current situation – indecent.

So that is what I know about that. Below are some things I have read lately that I’m glad I read. Some are serious, some are smile inducing, some are just plain comforting by way of deliciousness. It’s a good time to take the bitter with the sweet.  🙂

Google’s corporate headquarters have a tyrannosaurus rex named Stan who is constantly battling flamingos. I might need to come out to California to further the war effort!

In praise of scruffy hospitality.

This astronaut has the best official portrait you will ever see.

The uncomfortable reason why it came to this in Dallas.

Ways to support families of the Dallas PD.

This is one of the most important things I have read in a long time. Maybe ever. It took about two minutes to read but it changed my understanding of my lack of understanding and it makes times of contentiousness (like this week) (or like election season) a little easier.

How to criticize with kindness.

When I was at the White House to help with Christmas decorating one of the catering staff mentioned their kitchens were never short on almonds because the president was nuts about them (no pun intended). Apparently it’s more specific than that.

Childless women to marketers: we buy things too!

This essay “I don’t know what to do with good white people.” stayed with me long after I was done reading. And along those same lines…Explaining white privilege to broke white people. (<That’s the title. I would also extend it to not-so-broke white people, your uncle who likes to exaggerate racially-driven anecdotes, and anyone who overuses the term “bootstrap”).

“How do you prepare or train an individual to see 26 children who have been murdered?” And other terrifying thoughts. The typical life of an American Police officer is medically and psychologically disastrous.

How to write a condolence note. Worth bookmarking.

See the lingering effects of apartheid by aerial photography.

Yeah, now would be a good time for unapologetic comfort food. How about dark chocolate salted caramel oreo pie?

Meet the 68-year-old 10th grader who knows a thing or two about not giving up.

Gut check: Would you stop for this girl if you saw her in the street? Honestly, before seeing this I’m not sure if I would. Food for thought… 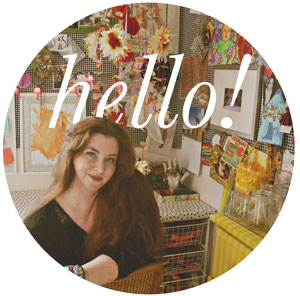