In my never ending quest to hang random crap on my chandelier, I present my latest adventure: Pineapples.

Don’t ask why. It wasn’t on purpose. I went to the Dollar Tree luau section (yes they have a luau section) hunting for flamingos for cake toppers (which I got) ….but, they had some honeycomb paper pineapples that I could not pass up. I thought, What’s one dollar for a feat of tissue paper engineering?

So I bought six.

No judgements. The Dollar Tree has that effect on me. 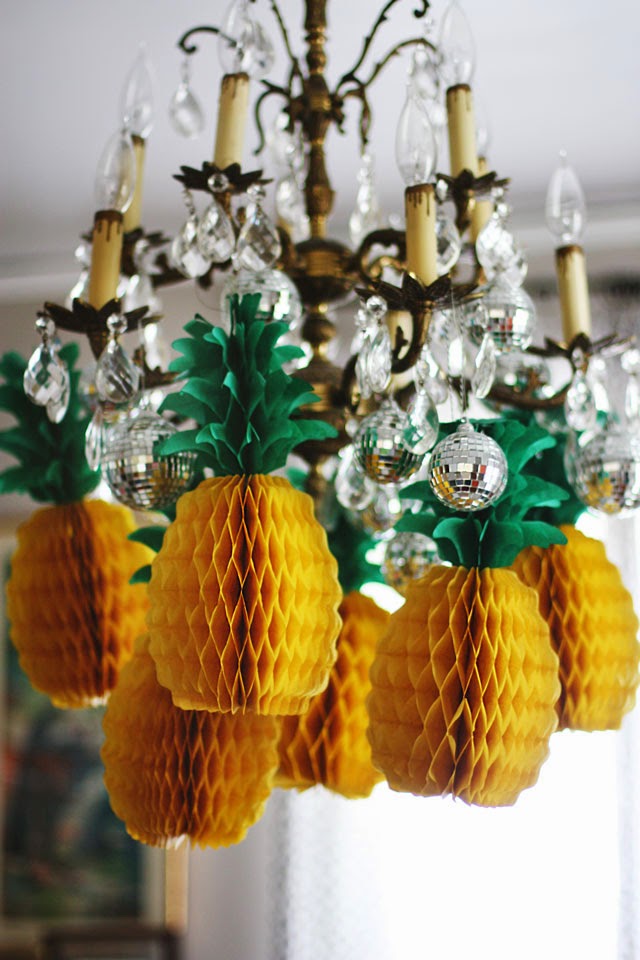 I was thinking they’d make a good garland but as soon as they were home they told me they wanted to hang out with the chandelier, Mrs. Snow. I told them Mrs. Snow was busy displaying disco balls, but they were like, “Hello we are pineapples. Disco balls are like our native habitat.”* and who was I to argue with that?

*Okay, that was a liberal use of quotation marks. You got me. 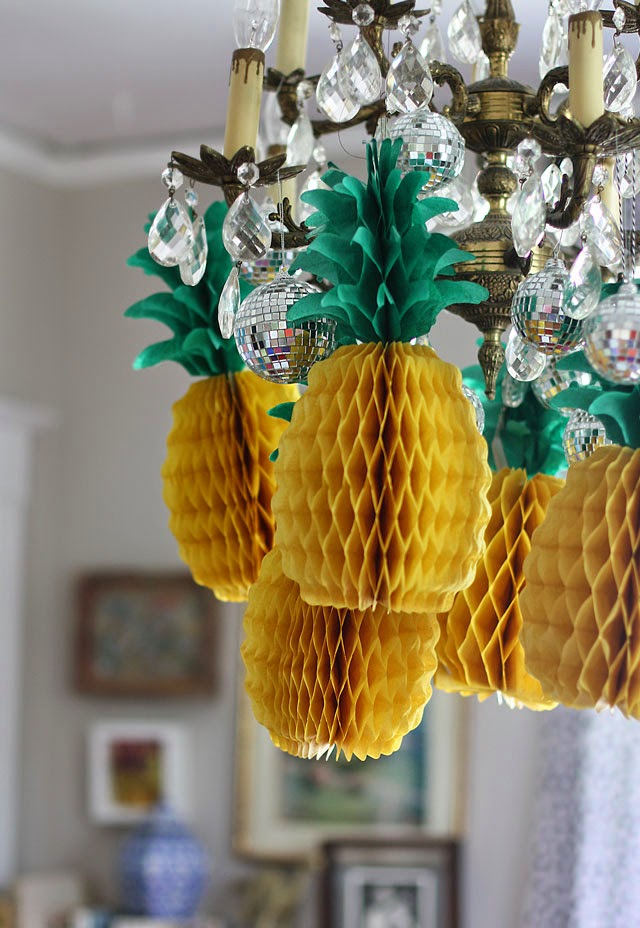 Well, I like them. They’ll probably come down in a week or two but for now they make me feel like putting on a grass skirt and hula dancing, which, in my book, is an excellnt use of six bucks. 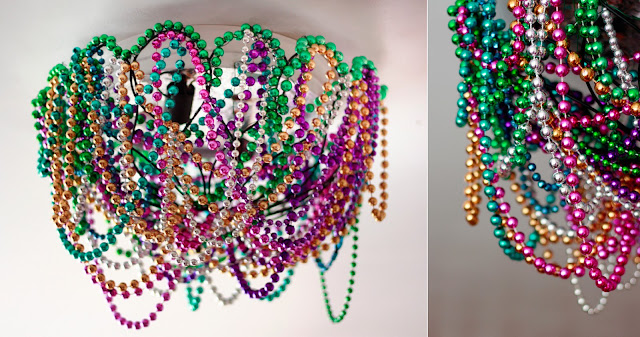 Check it out y’all! now I’ll have Mardi Gras in my living room all year round. Wahoo!
A couple weeks ago I sent out the message I was hunting for ideas on ways to use old mardi gras beads….lo and behold you sure answered. Thank you for taking the time. I came away with not one, but several inspiring ideas. More on that in the days ahead…
The first idea that hit-me-in-the-face came from Kelly on facebook, and was soon echoed by LeeLu and Ann (clearly, all three of them knew a good thing when they saw it!)….who all suggested a variation on this chandelier from Heather at Dollar Store Crafts. Check out this sucker. Isn’t it amazing?
Just one problem. I have crazy low ceilings. My apartment is over 100 years old and they just didn’t make them tall enough to do a cool, tall, luxurious chandelier like this one. Sigh.
The compromise? A big-fat-yet-still-drippy-dippy ceiling light.
Yeah, well, it’s not as formal as Heather’s chandelier but golly-gee it sure is festive! I took her basic idea of using the hanging basket and I knew it was going to be festive but I had no idea how much I would love the sparkle and shadows it creates. It’s like a disco every time I turn on the light! 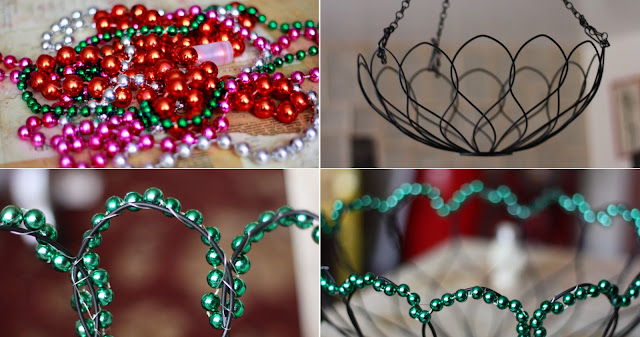 *Note: The project here is not for those seeking perfection. There are no patterns here. You just swag-n-twist and swag-n-twist like a big floppy flower arrangement. Embrace the chaos!
Materials
I started out by wiring the edges of the basket with green beads –this helped keep it it looking a little more uniform or “on purpose”….then just went to town swagging and twisting wire around each strand where it hit the wire basket. Once the basket was fully loaded I wired the basket frame to the three holes in the original light fixture. Luckily this basket has a hole in the bottom, so changing the bulb won’t be a problem at all.
This project was free and easy –can’t beat that!