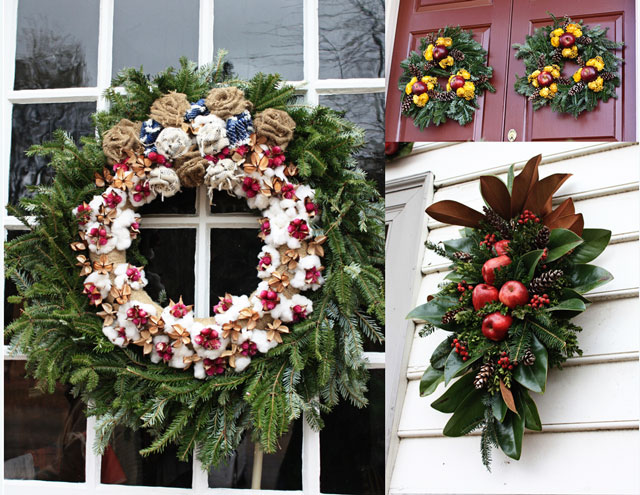 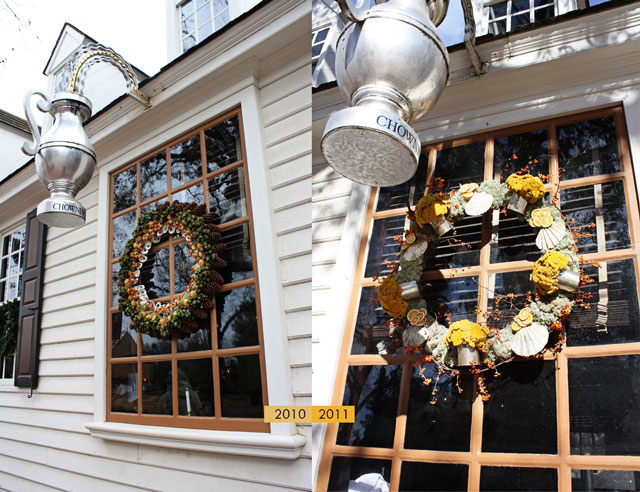 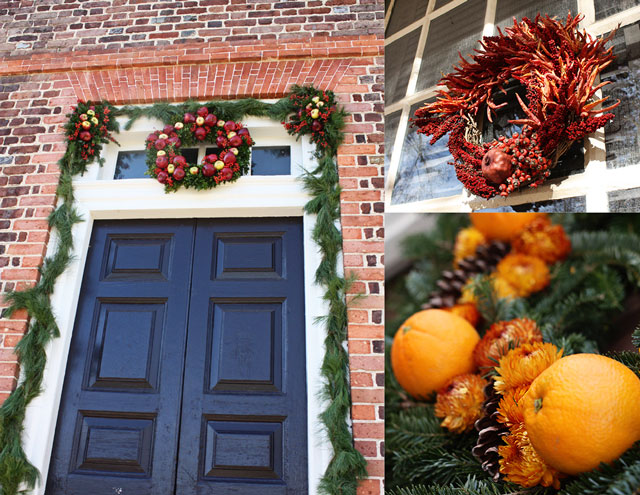 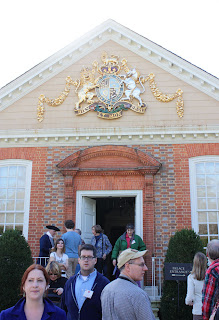 It’s awesome.
In a way, it’s sort of like a giant renaissance fair except it’s up and running all year round. And the buildings are real. And the history is real. And important stuff happened here. And there’s no one named Gilgamesh running an elf and fairy tattoo in the parking lot.
Did I mention it’s awesome?
Did I also mention that my cousin works there managing the actors?
This time we got to roam around town with her and get the background on all sorts of stuff that I had never known. That’s her in the blue coat in front of the Governor’s Palace, bottom left corner. Sometimes she gets to wear a costume, and, get this: next week her job will require her to attend a ball. IN A COLONIAL BALLGOWN.
Shut up.
Want to see more pictures of Christmas decorations in Colonial Williamsburg?
Interested in visiting Colonial Williamsburg to see it for yourself? Visit their website.
« Tall Christmas
Giftwrap Challenge: Loofah Net Tubes »