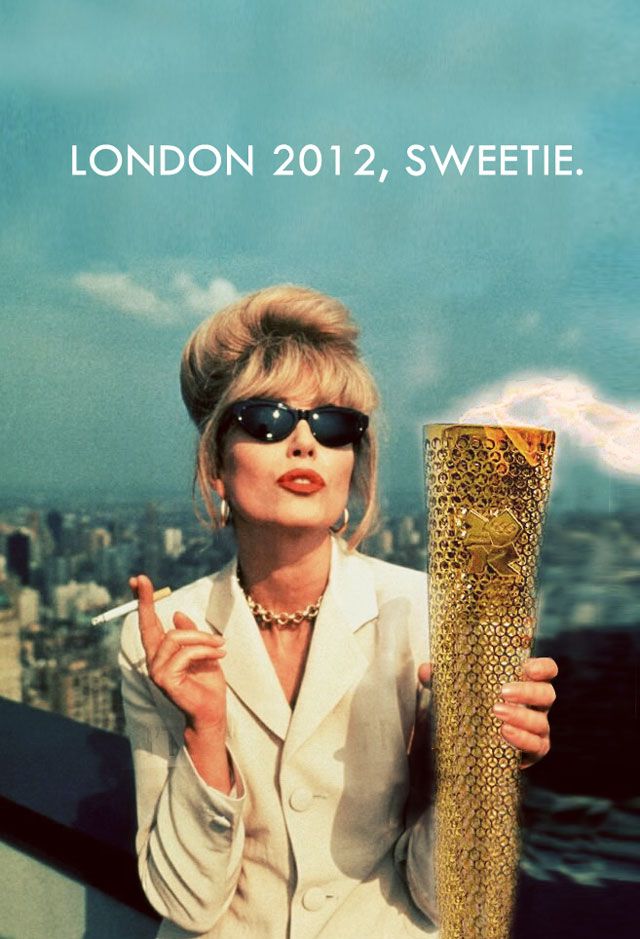 You know you are *Officially Nonathletic* when it takes an Ab Fab 20th Anniversary Olympic Special to get you excited about the games.

…but now that I watched the special last night, I’m all hopped up on adrenaline and athletic fervor. I feel like getting sweaty. Or riding a bike. Or wearing something spandex with a big black swoosh on it.

Tonight, I might just put on some sweat pants and run to the store for daiquiri mix.

Update:An hour after I posted this picture it happened in real life. Crazy!!

Update: A couple people asked me when the Ab Fab Olympic special will re-air. Answer: I don’t know. If you know, chime in the comments. I do know it was part of the 20th anniversary series — If you missed out on them, you can watch some episodes online courtesy of LOGO.

Another Update: Yes, you can tell how I photoshoped this by looking at the shadow on her lapel. Caution: Booze and inextinguishable flames don’t mix!

« 27 Ways To Use Coconut Oil
Lunch Adventure: The Tamale Spaceship »