So, I don’t know if you remember, but I had a problem with a greedy bag hose beast in the thrift store a couple months ago. She stole my green glasses.

Okay, technically I hadn’t bought them yet but that was besides the point. I decided to vent on the subject and tell everyone how long I had been waiting for green glass, not because I expected anything to come of it, but because I wanted to vent my frustrations with the aforementioned hose beast.

Three years of keeping an eye out…and when my eye found it, it got away. I thought I’d never find it again.

Then a few days later I came home to find a package on my front steps. FROM THE GREENBRIER HOTEL.

This post already has way too many all caps so you’ll need to imagine this level of mania on the porch that night. What dis I find?  Two glasses. Two perfect green goblets exactly lik ethe ones I wanted to steal from the hotel in 2009. 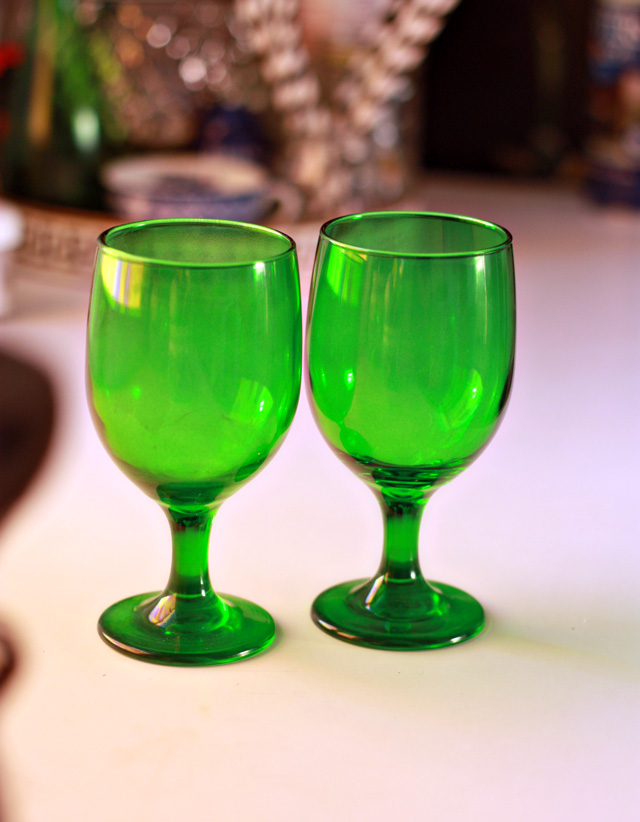 They were from Ann. She somehow got wind that the Greenbrier sells these goblets online an sent me a couple to get a set started. As you can imagine, I drank from nothing but these glasses for a week straight. Did you know box wine tastes better from green glass? It’s true.

And then a few weeks later I went to the flea market and what did I find sitting behind a dirty elk head? 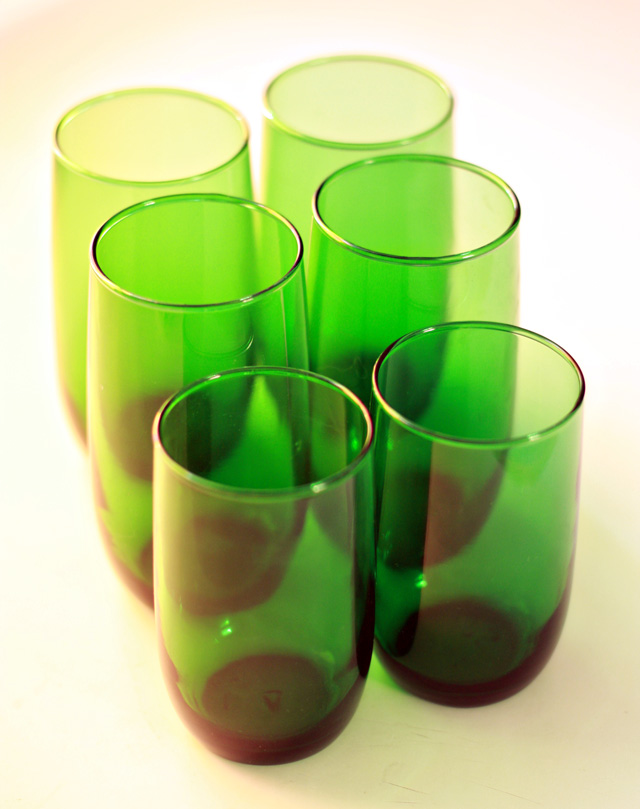 Six of them.  Exactly like the ones the hosebeast stole from me at the thrift store. It’s like they came back to me. They missed me. And even though we never knew each other, they knew we were meant to be together.

Then, that very afternoon, I felt so lucky I went to Goodwill on the way back from the flea market in hopes of finding more buried treasure. What did I find? MORE GREEN GLASS. 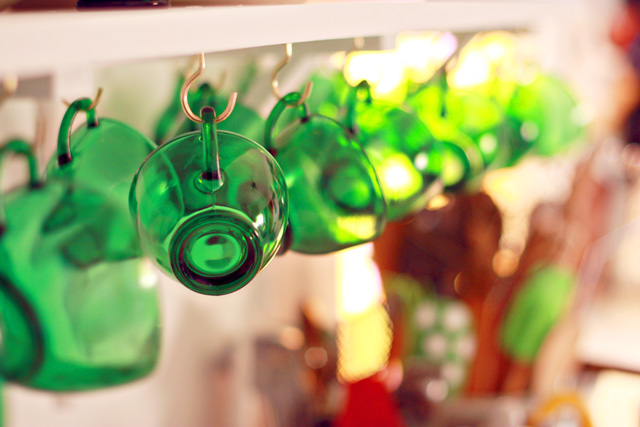 Guys, you won’t even believe it. I found a whole set of green glass punch cups for 99cents each. SIXTEEN OF THEM.

I have to stop typing now before the caps lock key goes off again.

I’M ON A WINNING STREAK!