Has anyone out there on the interweb heard of this thing called leftover Halloween candy?

It is a new phenomenon.  A no-good something akin to global warming or decorative hair feathers, I suspect.

When I was but a wee tatertot, no adult ever had to worry about leftover candy because there never was such a thing. You’d just have candy and pass it out until it was gone. Then, all you could do was turn off your porch light and pray nobody egged your house. The festivities ran from dark-o’clock to 9pm, maybe 10pm if it was a weekend, and neither rain, nor sleet, or nor tornado siren could keep a child indoors. Why, one time I told my dad I didn’t feel like trick-or-treating because my stomach hurt real bad and he told me that was why I needed to carry a bucket. “I don’t care how you do it, but don’t come back here until it’s full.”

Apparently, now, it is different. Apparently, now, kids are encouraged to stop knocking on doors after dusk and bad weather is a signal to stay home. This was the case last Thursday, a rainy night when not more than 15 kids came by for candy. That would be fine except I was hoping for a couple hundred and now I need to find new ways to use up all this damn candy. 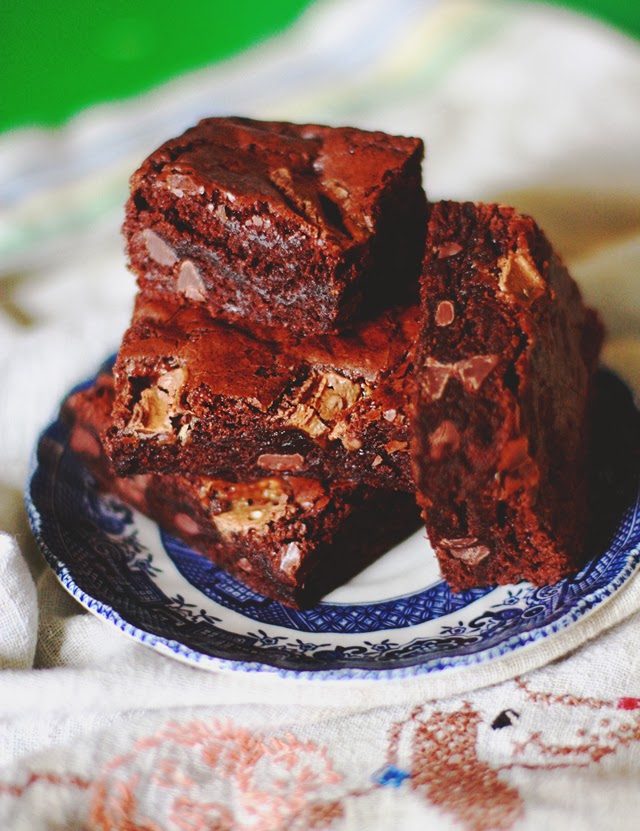 Here, I know, let’s work on depleting this mountain of sugary sweets by chopping them up and adding to a vat of chocolaty brownie batter. 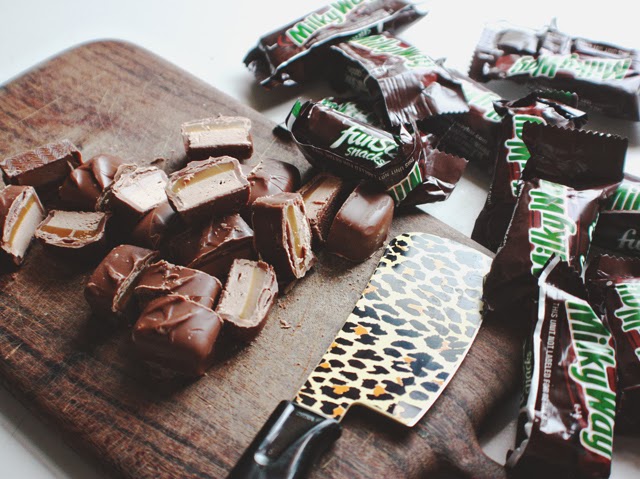 Is that a photo of leopard and chocolate together? Yes. Yes, it is. 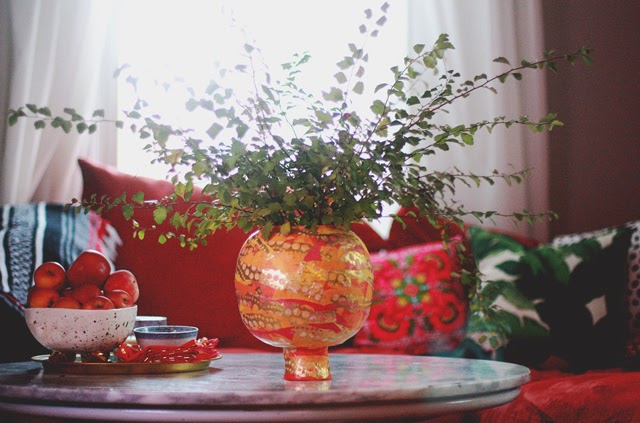 Also, speaking of leftover Halloween stuff, here is a pedestal vase I made out of a cheapo pumpkin bucket a while back. It makes for a nice goody bucket for passing out candy, or for holding some greenery from the garden, or for storing the shame that comes from eating mini Snickers for breakfast.