Sunday was an eventful day.

There was chocolate and dragons and flesh wounds.  I met three pugs on one leash in the checkout line at Petsmart. Game of Thrones came back, and then while slicing Ghiradelli in the name of portion control, I slashed my pointer finger down the middle with a bread knife. Fun! Lots of blood. Lots.

The good news is that old black pepper trick saved me from another trip to the emergency room. The bad news is it sliced up the most critical finger for typing and taking photos. The bandage is impressive. I’m not saying there is leopard duck tape involved, but I’m not saying there isn’t. I’m currently typing these words by bouncing along the keyboard with my pinky and thumb. Not that my other two fingers are incapable, however, they appear to be sticking to their friend Pointer in solidarity while Thumbkin is making up the difference. That Thumbkin, what a champ!

Anyhoo, since I am having a hard time typing and operating a camera right now so imma postpone my planned post in favor of something more important: Flamingoes. Namely, flamingo wallpaper. Specifically, pictures of flamingo wallpaper I will never have. 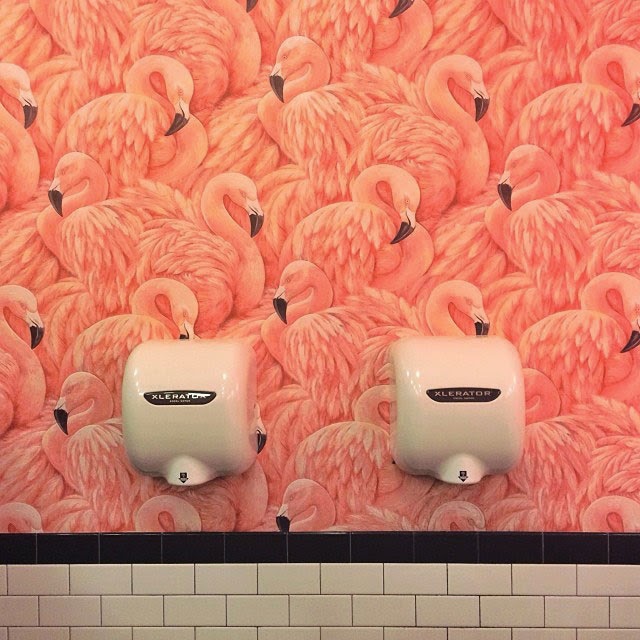 I know. You want it too. And here is where to get it. At $37 a roll, it’s a bargain as far as wallpaper goes. Might just be fun to cover the back of a cabinet or bookcase. Hmmmm…. 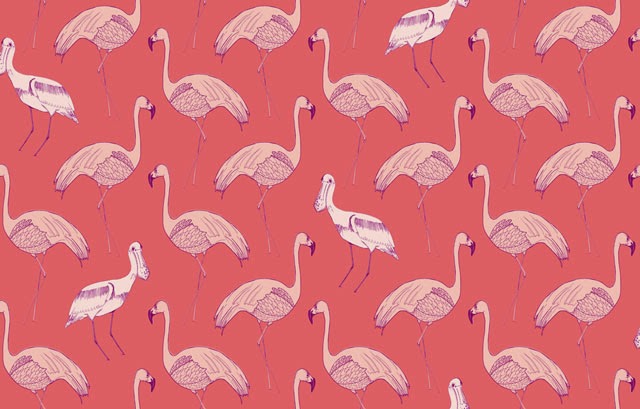 Here is a flamingo colony, with a pelican interloper. That poor pelican looks so emasculated. 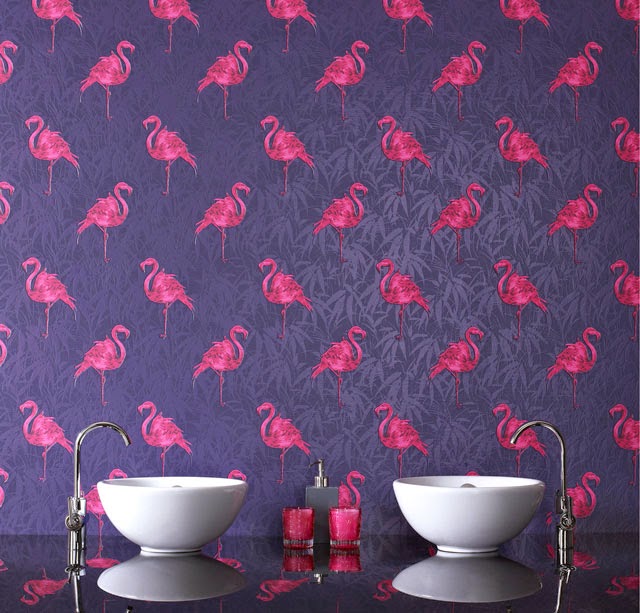 This one is on a navy background, so that makes it unfoofied, for sure. 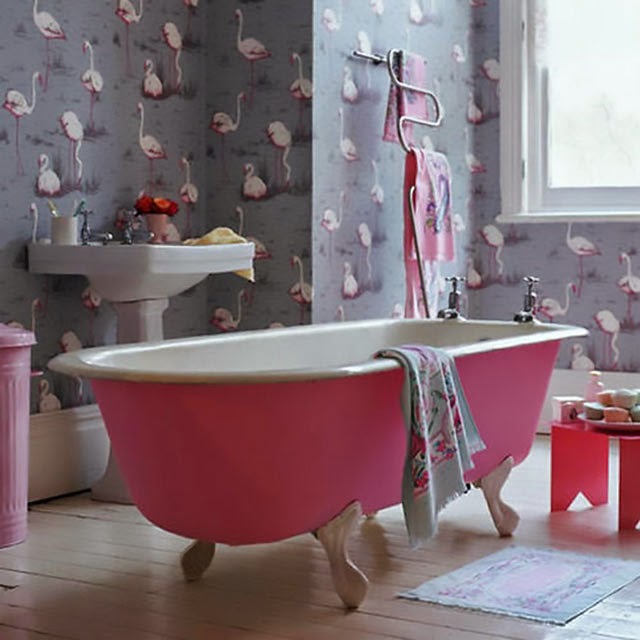 And here we go. I didn’t know my claw-foot tub needed to be painted hot pink. Until now. 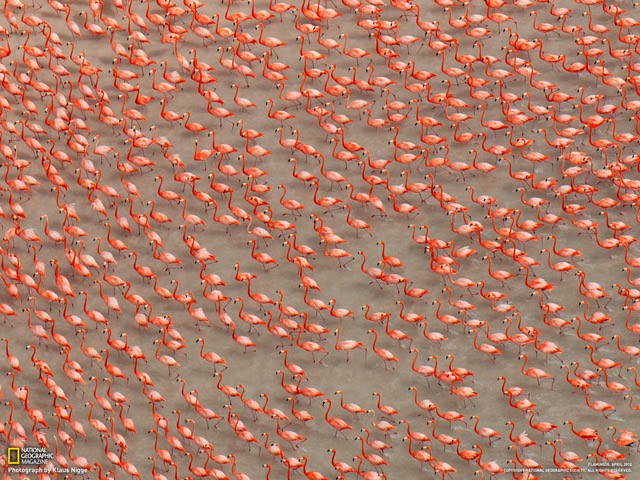 This on is a National Geographic desktop wallpaper, not a on-the-wall, wallpaper. But someone should think about making it into one though, I think. They can do that with those new-fangled computerizers.

Never thought the day would come that I would be crazy about wallpaper but here we are my friends. Blame it on the ‘mingos. Am I insane to be even considering this? Have I forgotten every episode of Trading Spaces? What if goes up and I hate it? It’s expensive and difficult to remove. It’s probably just best to stick to my flamingo Christmas tree. But what do I do for my flamingo fix in April?  I could keep it small. For real. Real small.

« Easter Decorations: AKA Let’s Put Feathers Where They Do Not Belong
The Ultimate Way to Eat Chocolate »