Well here is something I never thought I’d say: I just went to a mass wedding.

I like all weddings, but you know, sometimes you attend one and feel like the day is about an event as opposed to, you know, marriage. Not that I care. I still get free cake and booze so I’m cool either way. But, there’s a certain kind of vibe that comes off the wedding of people who desperately, and deservedly, want to spend the rest of their lives together. That’s what I saw last Sunday, the first day of June, which was also the first day same-sex marriage became legal across the state of Illinois. 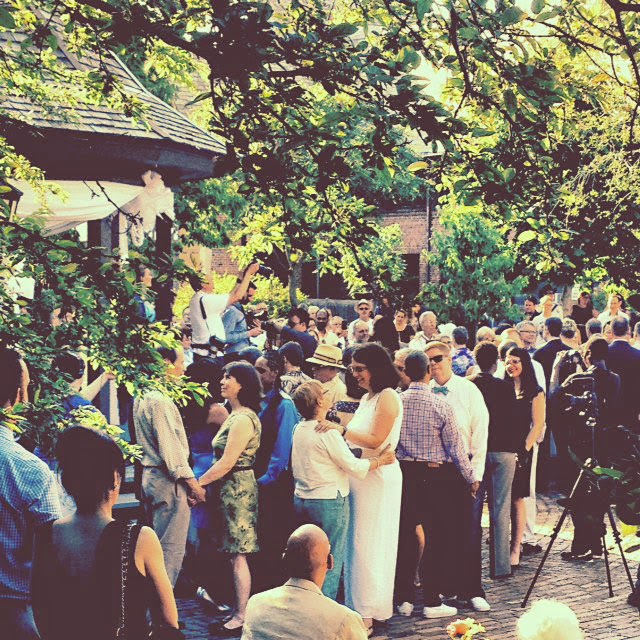 Conceptually, a gay wedding ought o be the same as any other wedding –it’s two people who love each other and want to seal that bond in front of a higher authority. That’s it. Happens every day. But unlike any other wedding I have ever attended, these brides and grooms had to fight for the right to walk down the aisle with the person they loved. Some of these couples have been together longer than I have been alive. Some of them could not count on their own families to attend, so they were that much happier to be surrounded by people who wished them well, even if that meant being surrounded by strangers like me.

I feel so fortunate to be able to say that I was there.

I feel so proud to say I live in a state that recognizes people as…people.

This is easily the best thing to happen to Illinois since that Sufjan Stevens album.

PS: Glitter snaps to Unity in Chicago for being such a badass church group and for orchestrating this event in the first place. These people know how to party!