For someone who dips into their pompom stash every other day, I really ought to figure out how to spell the name.

Last week I got an email from a guy named “Christopher” wanting to buy ad space on my blog for a Chinese company that sells commercial grade pipe parts. “I think it will be a great fit for your audience and will drive many traffics to your site!” then signed it “Kristopher.”

I’m guessing his real name wasn’t Christopher/Kristopher, but he probably did that to convenience me and my lack of Mandarin. Pompoms/Pom-poms/Pom Poms don’t allow me that excuse, so I’m going to need an authority to weigh in on this (anyone know a cheerleader?). Until then, I’m keeping it squat and using one word: pompoms. Lower case? Uppercase? Damn this is hard. 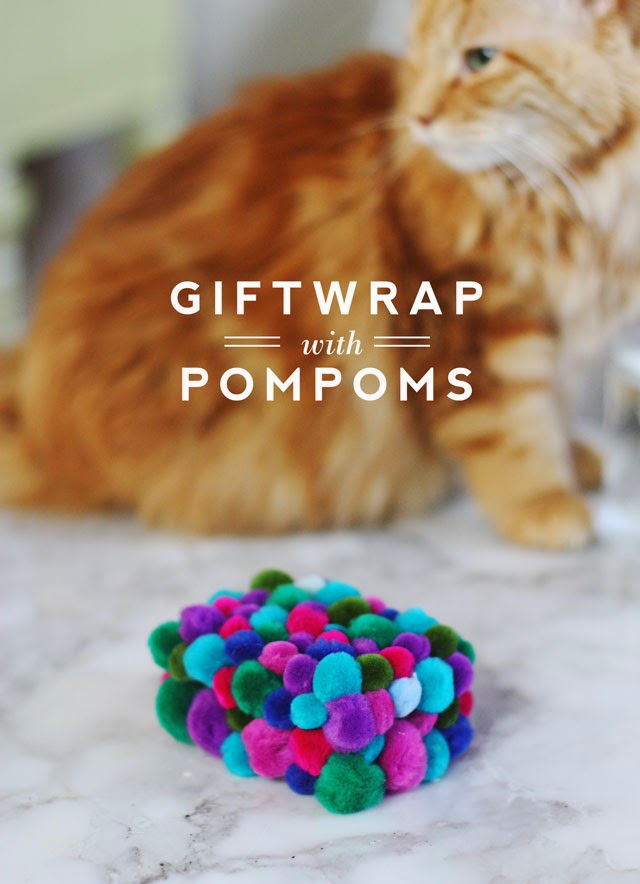 Late spring seems to be a popular time for gift giving. I like to dress up the box (especially if I’m feeling unsure about the gift inside). It’s amazing what a plain box and a little hot glue can do.

This little one is my favorite. I made it thinking I’d give it away but now it lives here. It likes me. I pet it and feed it sometimes. 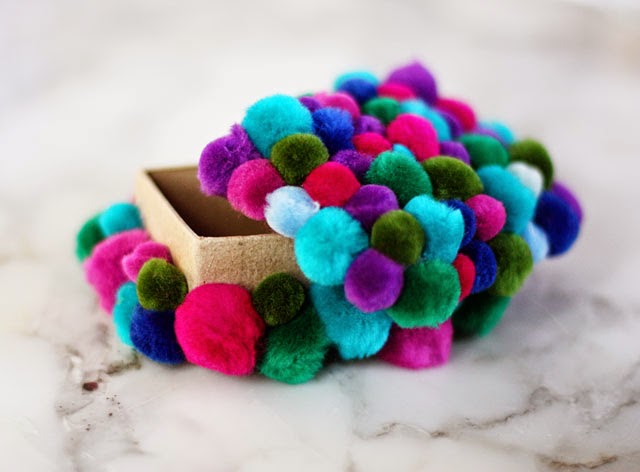 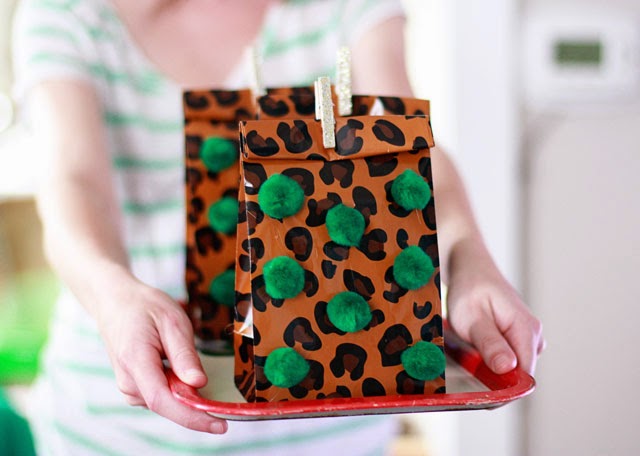 For you! Who knew pompoms and leopard would look so good together? 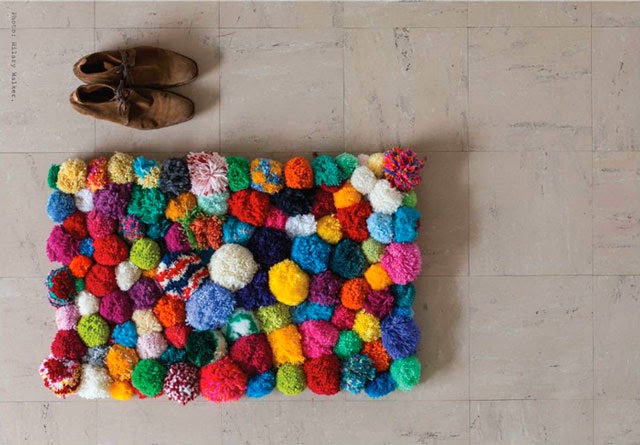 Guys, it’s a rug. Can you even imagine walking out of the shower and stepping into this candy colored pile of cheerfulness? No. You can’t. That’s why we have to hurry up and make one. 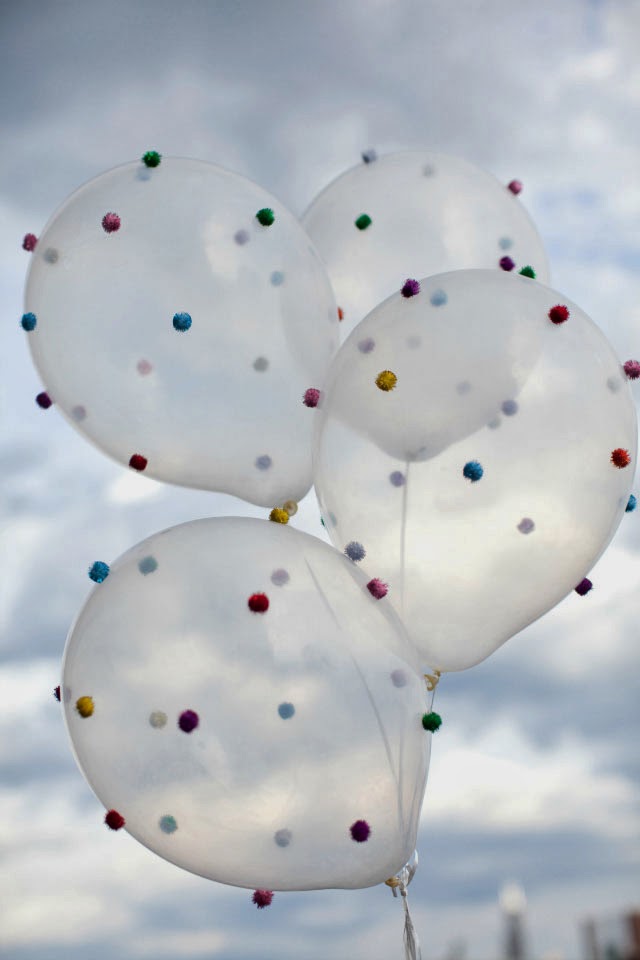 Did you know you can glue pom poms to balloons? Me neither. I’m slightly suspicious of the method as I’m terrified of the sound of popping balloons, but these are next to amazing so I might just have to suck it up. 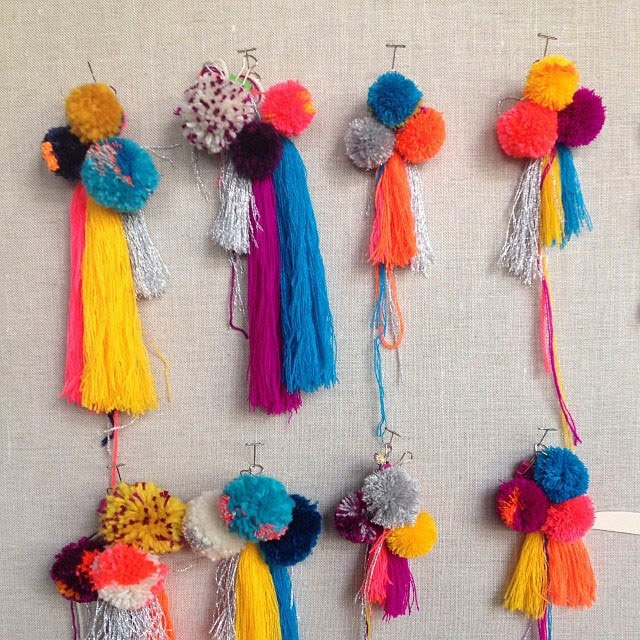 These. I’m not sure what these are for but I want 100 of them. And if I never use them in the whole of my life I want them tied to my coffin. They are coming with me into the afterlife. 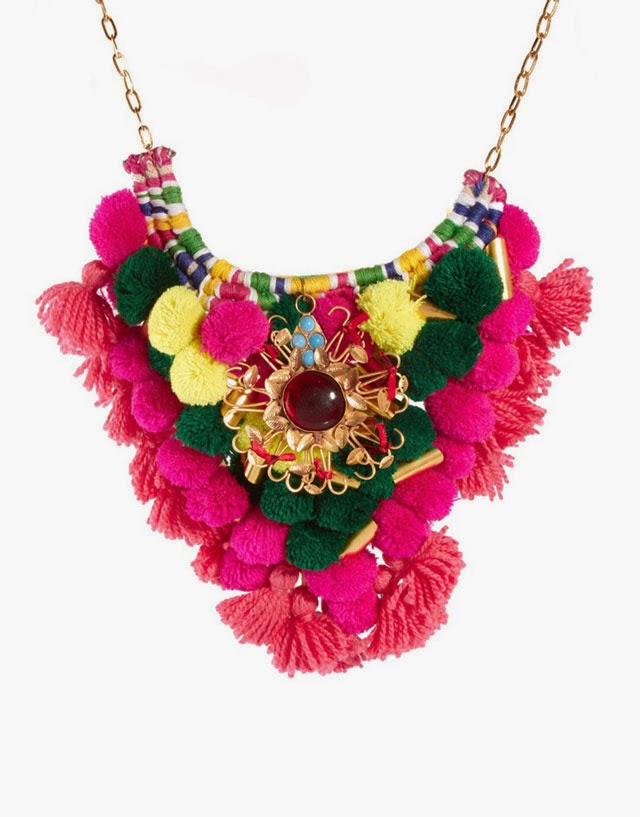 If you are not the DIY type, this might be a good way to get your pom pom on. I would wear this with my bathrobe to the grocery store. 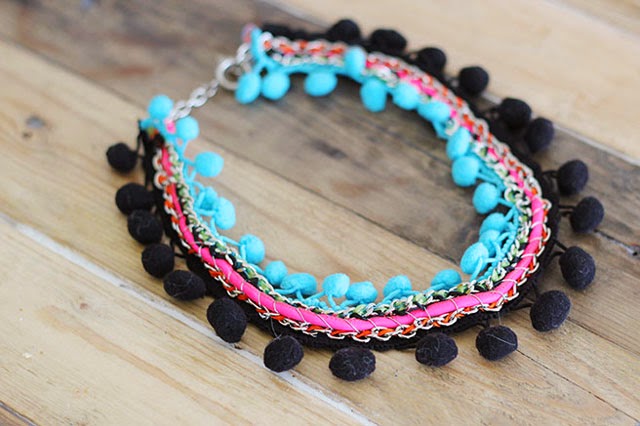 Or if you are the DIY type, this necklace is very doable with some ball fringe. 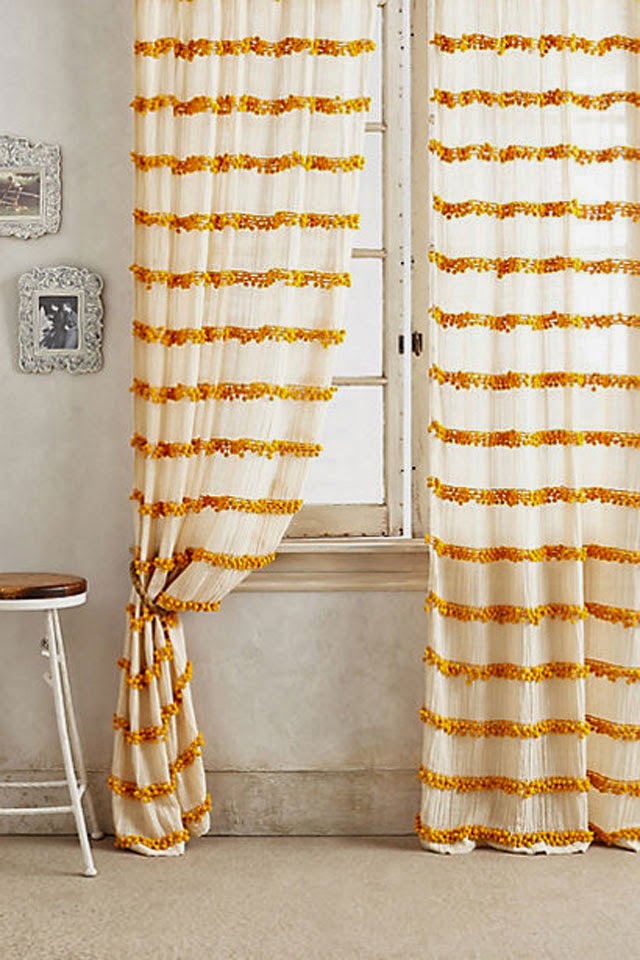 And speaking of DIYing with ball fringe, does anyone have a cheap source for the stuff? I’m thinking it would be easy to make this curtain panel, but given the price per yard at my fabric store, I suspect I would save money just buying straight from Anthropologie. And where is the fun in that? 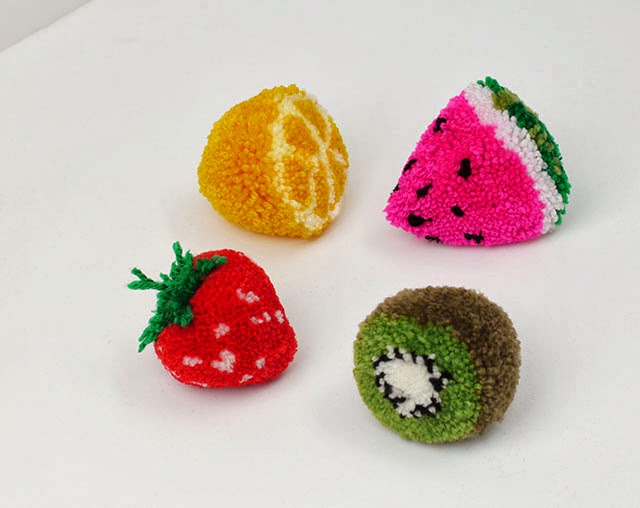 Can you even believe these fruity bits are made of yarn? The directions on that strawberry look surprisingly doable, too. 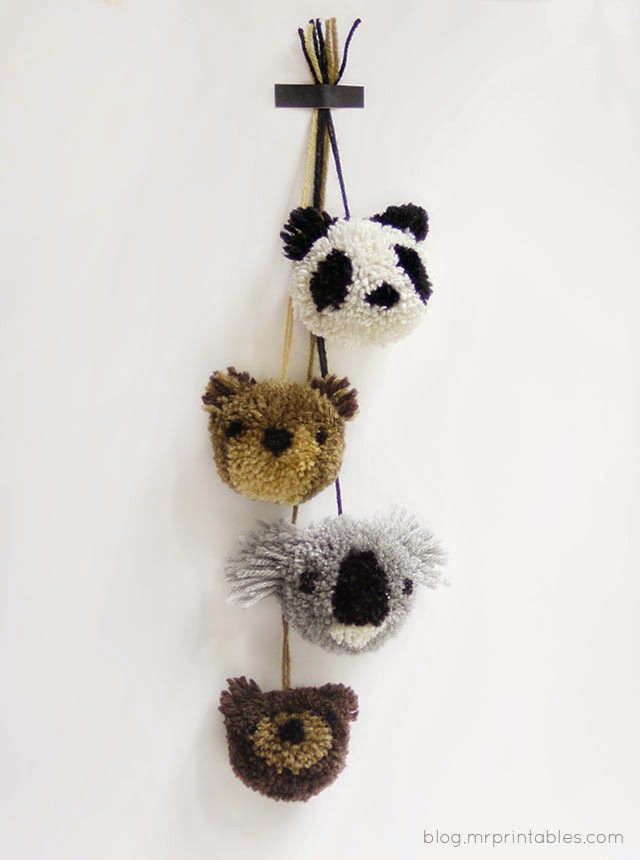 And bears. So cute. Not as cute as a green-eyed marmalade cat pom pom, but I know a cute yarn koala when I see one. The panda ain’t hard to look at either.

Question is, where does this leave me in my epic saga to reach new pom pom heights. My poorly picture frame and garland hardly compare to these acts of pom pom bravery.