Cold evenings in late February. Cottage pie with friends. King cake for an appetizer. Chocolate cake for dessert. Paper valentines on the walls. Mardi Gras beads on the door. Paper hats on our heads. There is so much to celebrate… 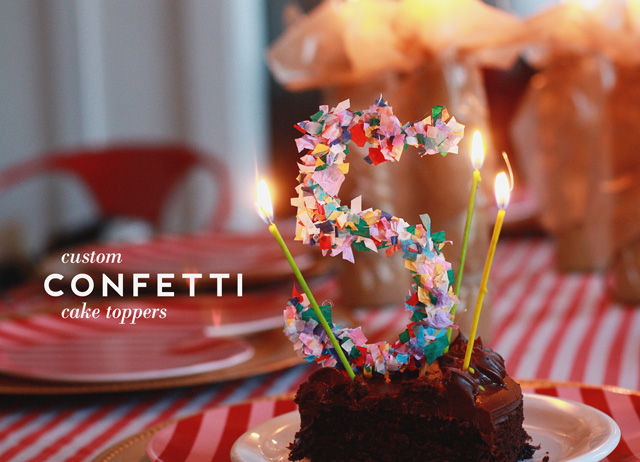 I have a five minute rule about cake decorating. It goes like this: No spending more than five minutes on decorating a cake.

I really built the lead-up on that one, didn’t I?

See, I don’t think I, or anyone for that matter, will spend more than five minutes eating a slice of cake. And by that logic, that means I will spend less than five minutes appreciating a cake. And by that logic, why would I, or anyone else for that matter, spend a whole afternoon making something that will be consumed and destroyed in a speck of moments.

This is what I call cake logic.

This is why I like about cake toppers – they dress up any cake and you get a keepsake at the end of the night. And in this case, even if you toss the topper out, nobody has to feel bad about it because it did not cost any time or money to make. Huzzah much? 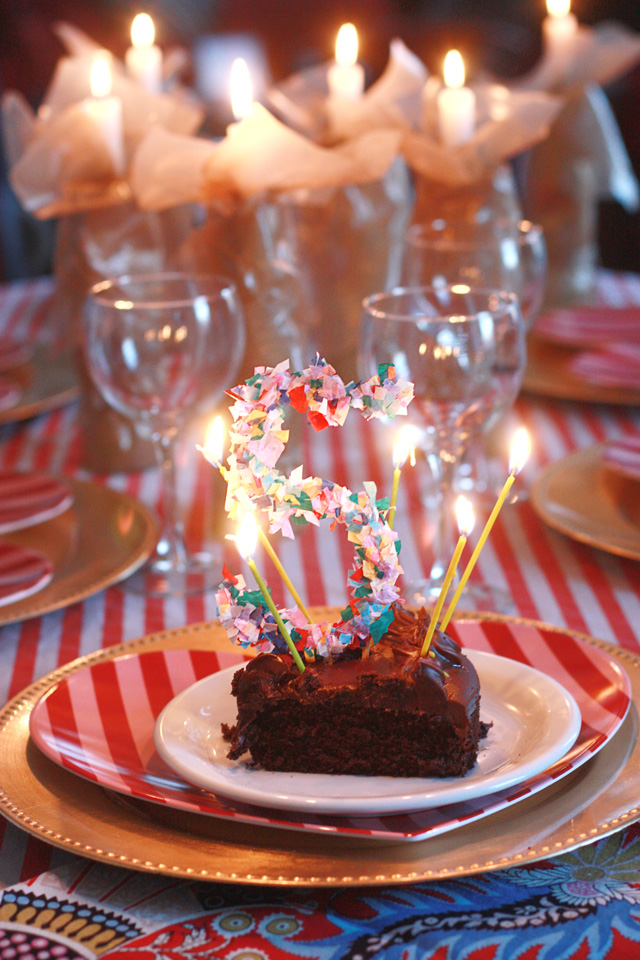 The idea for these cake toppers piggy backs on THIS tutorial for hot glue hearts I made for Elizabeth Banks’ blog last week. If you saw it already you can probably skip this post. If not, click here to check it out yourself. 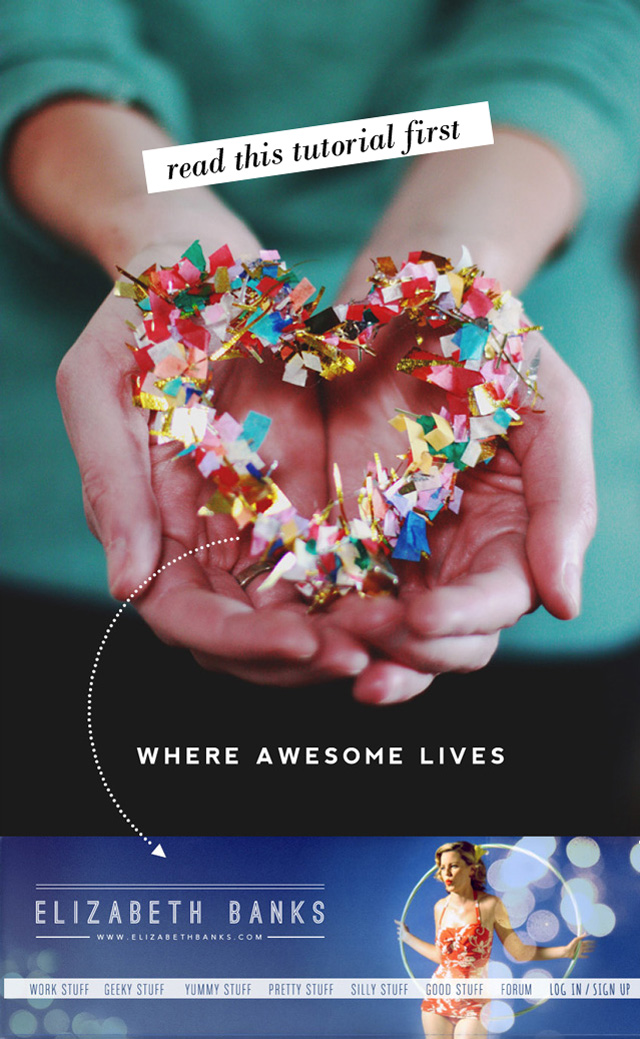 You saw the first tutorial? Okay. Great. (Temporary Update Feb 2014: Sorry if that link does not work right now. Elizabethbanks.com transferred to a Tumblr site and the URL was never transferred. I’m told they will update it, but in the meantime, just read the rest of the post. I think you’ll get the crux of it. Thanks guys!) (Another update March 2014: click here to find it courtesy of the wayback machine) 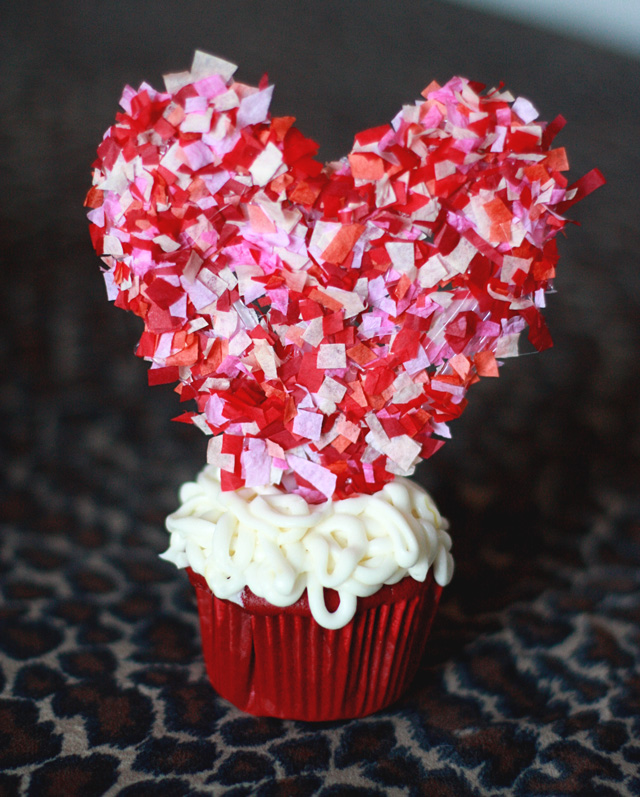 Can you see where this is going?

Let’s get this party started, shall we?

Lay your parchment paper on a flat surface and start drawing with the glue gun. Need a template? Use a pencil to write down any number or shapes first.

While the glue is still hot (read: work quickly) insert a toothpick in the base. Then go back over it with another round of glue and dump the whole thing with confetti. See any bald patches? Go back with more glue, more confetti. Lather, rinse, repeat. Assuming you already have some confetti ready to go, this will take you 90 seconds tops.

So that was easy. But why stop at numbers? How about letters? For you initials…or maybe a secret message? 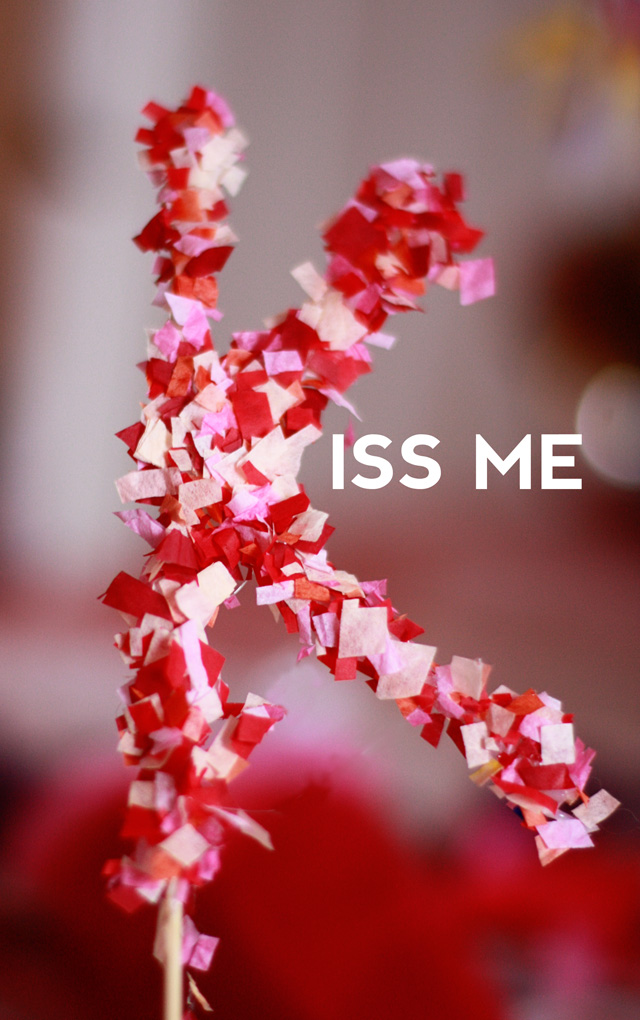 Next birthday I’m going to spell out my whole name in confetti and cake. Who is with me?