Wisconsin is like that girl you used to be friends with in high school –you really like her, but it’s probably best you two don’t hang out that often. She reminds you of the old times, the good times, and times you would rather forget….but the nostalgia turns to indulgence, and before you know it you are four episodes into a My So-Called Life marathon, wearing sweatpants, and eating a whole bag of cheese curds with a toothpick.

Since Kiki was celebrating her birthday last week, and I was celebrating the birth of my self-employment, and neither one of us had taken a vacation in ages, we decided it was time for a girl’s trip. A long weekend across the cheddar curtain, to Door County Wisconcin, aka “The Riviera of the Midwest.” 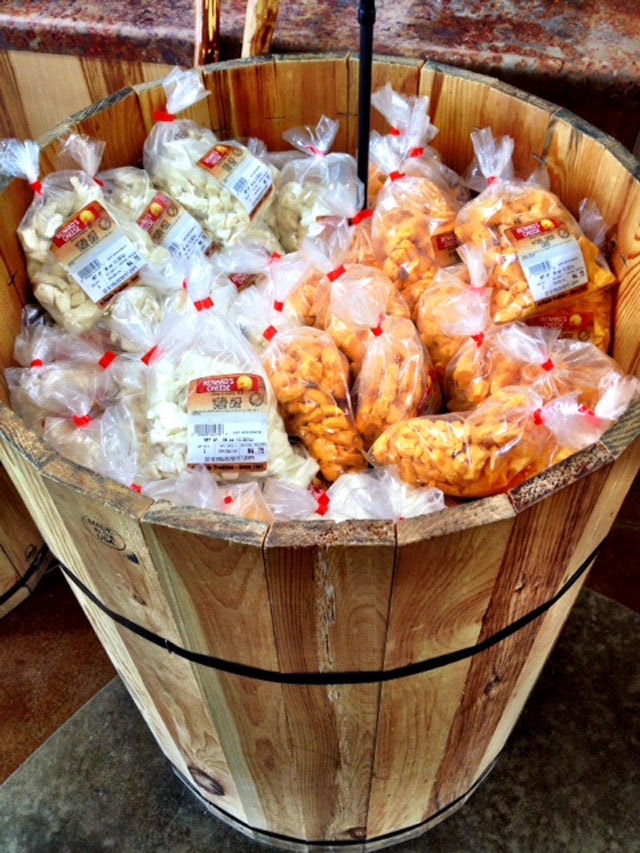 I had never been to Door County, but I heard it was snazzy. I also heard there were equal opportunities for wine tasting, cheese tasting, and ice cream tasting. These people know how to prioritize! If there are any non-Midwesterners reading this and thinking the whole Wisconsin Dairy Farmer Thing is an act. Yeah, no. That’s all real. It’s all dairy, all the time. And it is glorious. We went to this cheese curd house (yes there is such a thing) and the lady was all “You guys are just in time! They just rolled in a fresh barrel! Still warm!” and Kiki and I were all “Don’t they need a refrigerator?” and she was all “You aren’t from around here now areyanow?” 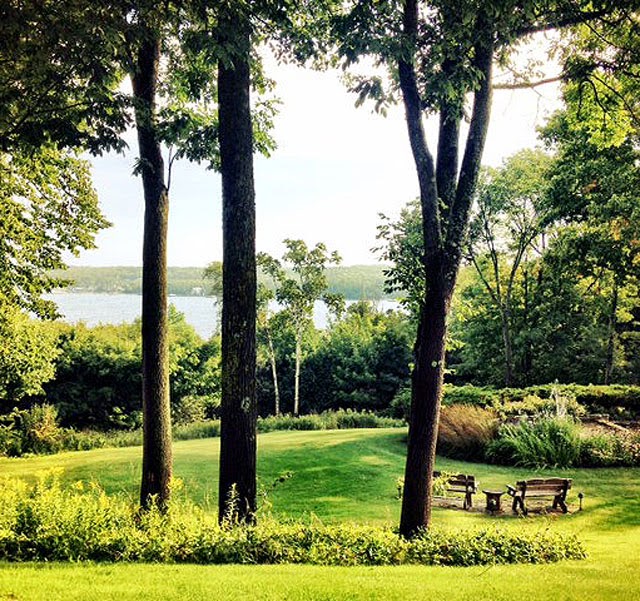 The thing to do in rural Wisconsin is rent a cabin, and there are plenty to choose from for very reasonable prices, but we ended up at the Country House in Sister Bay. That’s the view from our room’s balcony. Water and trees and fountains and stuff. I’ll bet they do nice events here. 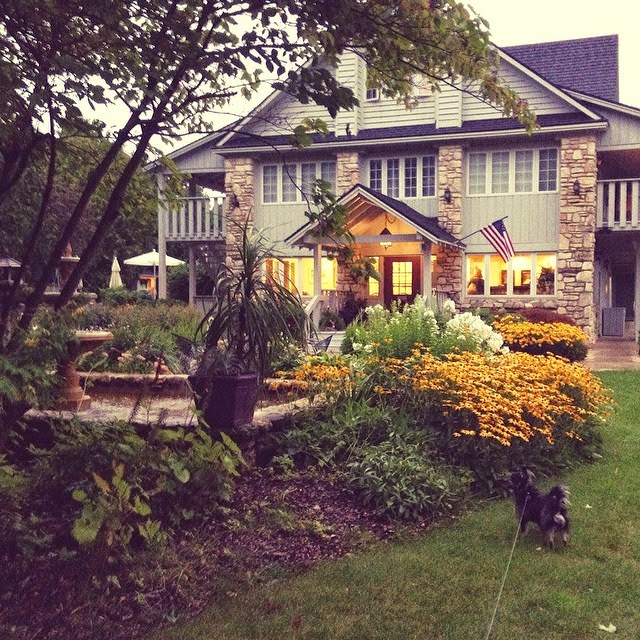 I would describe it as somewhere between an independent hotel and a B&B. We chose it because they are dog friendly (they even give you a doggy welcome basket upon arrival!) so we didn’t notice they had a No Kids Under 13 policy, which meant everyone staying there appeared to be 20-something or 60+. At one point after dinner I spotted four drunk grannies in the hot tub. SO RAD. Earlier that day, I had that whole hot tub to myself as I watched a rainstorm come down, floating belly-up, having the time of my life. I don’t know why more people don’t swim in the rain. I highly recommend it.

Most of the beaches along Lake Michigan are pebbles and rocks. But what it lacks in sandy sprawling space, it makes up for in docks and piers. It’s pretty much like Dawson’s Creek, except Paceyand Joey are wearing a Green Bay Packers gear. 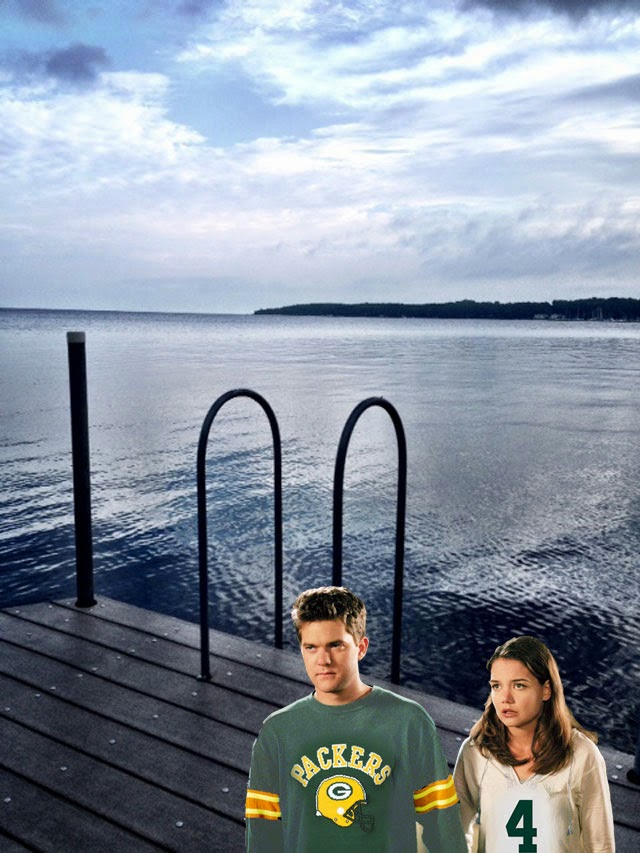 Over dinner one night I eavesdropped on some locals who were comparing their favorite thrift stores. The general conclusion was that the Goodwill in Green Bay was overpriced, but you stop there anyway because it’s around the corner from the St. Vincent DePaul, which was totally worth the trip. “I feel like I have to leave a trail of breadcrumbs just to find my way out, dontchaknow.” 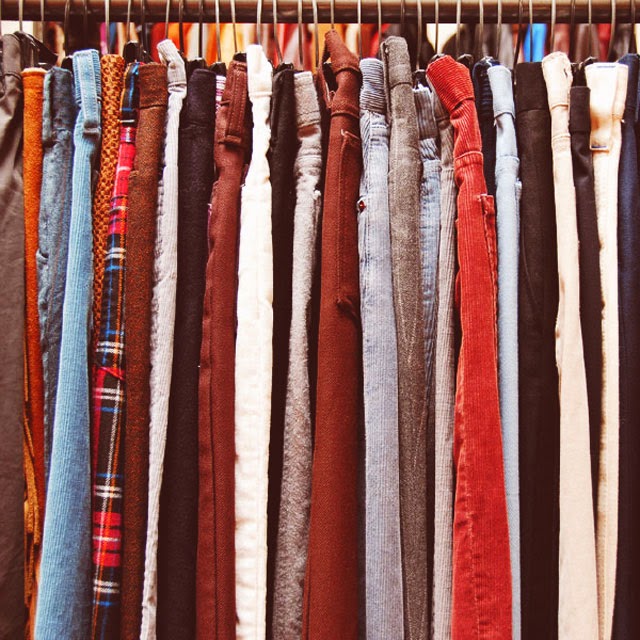 No lie y’all: the St. Vincent DePaul in Greenbay might be the best thrift store I have ever been to. High volume, clean, well organized, and cheap. There are places this size in Chicago, but they charge twice as much and you have to bring wetnaps. This place has everything and then some.  Do they carry a lot of high-end goods or curated vintage collector items? Don’t know. I don’t look for that stuff. But it was a lot of fun to dig around and not come out feeling like I needed a hose down.  I came away with half a trunk load of stuff for under $20. If this place were local I would not be telling anyone about it because I’d want to keep it secret. But because it’s in Green Bay, and you really need to see Green Bay to understand the meaning of football devotion, I’ll spill the beans.

And here is a map. See how handy I am? 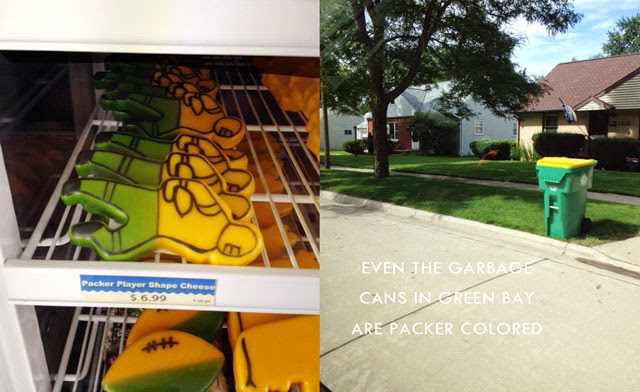 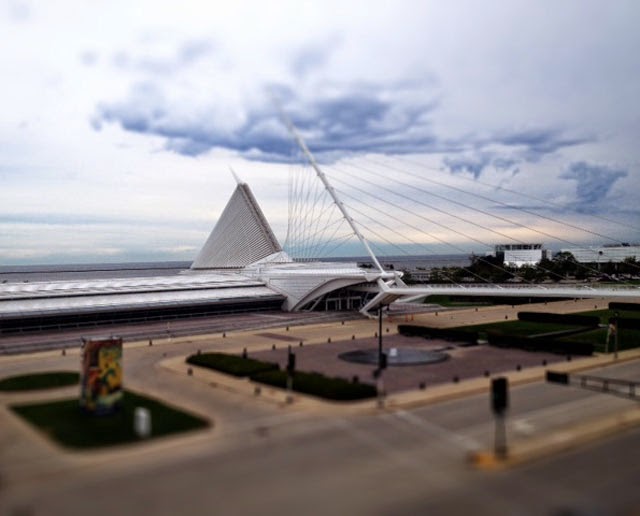 A meanass thunderstorm kept us from spending much time in Milwaukee, but we did get to stop by the art museum. It’s built to harken to Milwaukee’s famous bridges, but I think it harkens to a *pterodactyl. I don’t know. Your call.  All I know is Imma have to plan a second trip to follow up on the suggestions you guys offered up. It’ll be a good excuse to go back!

*Brownie points to me for spelling pterodactyl.