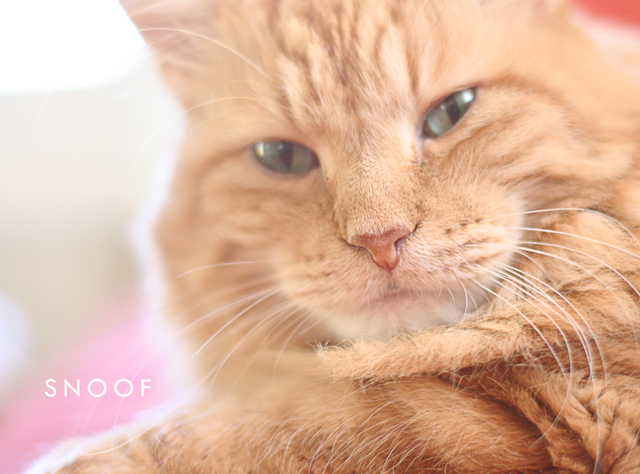 Sometimes I hate Fridays because I spend the day dreading what will come tomorrow, Saturday, when I have to take Lola to the vet.

Yes, I realize no cats really enjoy going to the vet but with Lola it is a particularly terrible undertaking. Even though it has been years since she lived on the streets, her fight or flight instincts remain as sharp as ever. True to badass self, Lola is a fighter. I mean biting, scratching, lunging, peeing (click here to see another kitty doing an impersonation of Lola)…ungodly smells release from her butt and murderous howling noises come from her mouth. The kinds of sounds that could make felons jump. No, I mean that literally.

When she first came to me I would take Lola to get her nails trimmed at a grooming salon that specifically hired people transitioning out of incarceration –big, burly, gang-banger dudes with neck tattoos– and Lola scared the crap out of them too. One time they had to debate amongst themselves as to who would let her out of the carrier. It took so long that she started doing what they call “alligator death rolls” inside the box. All of the sudden they claimed that there was “no licensed technician” on location that day to cut cat nails.

One vet flat out refused to treat her because she said that she did not feel safe.
Unsafe? My little kitty? The peanut butter bear who sings in the bathtub each morning and sleeps next to my head every night – unsafe?  It broke my heart. I didn’t even know doctors could reject patients like that.
Her current vet – a kind man who looks and speaks like St. Nicolas, so we just call him Santa— now requires the she be sedated by injection the minute she gets in the office. Even if it’s just to trim her nails and clean her ears, the minute I bring her in they open a private room and Santa follows me in with the syringe. I know that probably sounds horrible but at this point it’s the only option. We tried countless alternatives. Nothing worked. Before this, Lola and I would have to go home half the time untreated, exhausted and traumatized. It’s not fair to Lola and it’s not fair of me to ask someone, even a veterinary professional, to treat a cat knowing that they are guaranteed to come to physical harm.
So, here we are, like clockwork, every two months Lola goes in for a nail trimming and a basic check-up, and, of course, the shot. I stay by her side until she goes under and then Santa and his elves poke around and do what they need to do. Eventually she falls asleep with her eyes open and her tongue hanging out which is equal parts adorable and frightening. After a while, when she looks slightly less un-dead, they let me take her home. She sleeps a while longer in her carrier then wakes up in a stupor, stumbling around the house, hissing and swatting at the walls like a drunken pirate.
By the time she comes back to life, she curls her tail under and burrows a fox hole in an occupied laundry basket where she can sleep undisturbed. She avoids eating and making any sort of eye contact. She hates me. It will be a full three days until she trusts me enough crawl back on my lap for her usual round of cuddling or conversation. Santa tells me this sort of behavior is to be expected, “It’s sort of like raising a teenage daughter!” and then laughs in spite of himself.

I wish there was a way I could get Lola to understand that the people at the veterinarian’s office are only trying to help her and that I am not taking her there to be tortured. Unfortunately, I fear our current method is only reinforcing her association; in her mind, Carrier + Vet = Pain and Trauma. It’s a vicious cycle. I’m not sure what I can do to rectify it, but, the guy below has got me feeling inspired.
Billy Browne, caretaker of Rufus The Cat, was feeling bad about giving Rufus painful ear drops to treat an ear infection. For weeks, Rufus remained scared and would scamper away when Billy came near. As an act of apology, Billy created a tower of boxes for Rufus to play in. You need to see this….
Warning: the video is oddly impressive and emotional. I got all weepy eyed at about four minutes in, and by five minutes I was blowing my nose in my shirt. When it was over, I grabbed Lola and made her watch it with me again. “You see! You see Lolabelle? That kitty’s ears hurt so the medicine made him better and then his daddy made him a castle fort! You see Lola? YOU SEE!” …and then, in true gangster fashion, Lola rolls over, digs her nails in my thigh and farts on me.
The cycle begins again.