Another one of my 2014 resolutions is to learn a new skill every month. Nothing practical like learning a foreign language or knife throwing, just stuff that has made me previously wonder, How do they do that? And couldn’t get a satisfactory answer on Wikipedia. You know, get myself to dig a little deeper. Expand some horizons. I figure this will be a good mental health exercise as well as a good way to tick some boxes off my life list. It’s also probably going to read like I’m humblebragging my way through 2014, but I’m cool with that if the end results can bring some nifty Instagram photos and a whiff of self improvement.

So, that said, first step on my new pathway to becoming a better person involves a blow pipe and a firey pit of death. Yaaass! 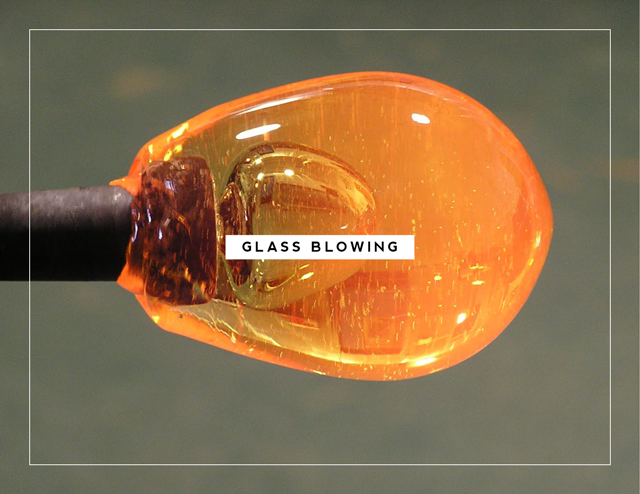 To be fair, this new skill came to me by accident. I have wanted to try blowing glass since I saw a Dale Chilhuly sculpture in the Schiphol airport in the 90’s, but glass blowing not that sort of thing they teach down at the local community center. You know? Molten glass does not come cheap. And it’s mucho dangerous. It was pure luck that I stumbled into this new skill (literally, we stumbled into it).

Earlier this month when I was in Virginia with family, Aunt Cake and I planned an excursion to the Chrysler Museum. Bad news – museum was closed for the season. Good news – the glass center across the street was open. We thought it would be a gift shop, but no, it was a full out glass blowing studio (!!) AND they started a class not two minutes before we walked through the door (!!!!!!!!). I thought it would be fun to watch, but Aunt Cake sneakily saddled up to the registration desk and signed me up to participate. Fourty-five minutes later, I made a candy dish. Check it… 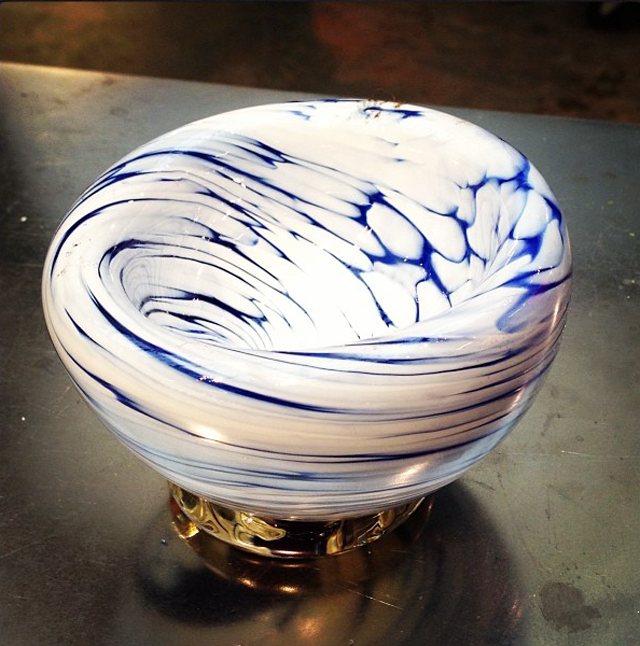 I’m not going to give a play-by-play because this isn’t a DIY post (and because they made these nifty videos already) but I will say, molten glass is nothing to mess around with. It looks like neon taffy when it comes out of the oven, but judging by the cookie-sized burn-gash on the instructor’s inner arm, it’s not taffy. Most of the other students in the class were adults, but there was one kid, maybe ten, and I can’t tell you how uncomfortable it made me to see him spinning a big metal stick of this stuff. I mean, the instructors had things under control, but if you are reading and thinking it would be a fun thing for your kiddo’s next birthday party, yeah, don’t. This is not a kid activity.

This is an I’m an adult and I deserve an afternoon to myself that does not involve day drinking activity. 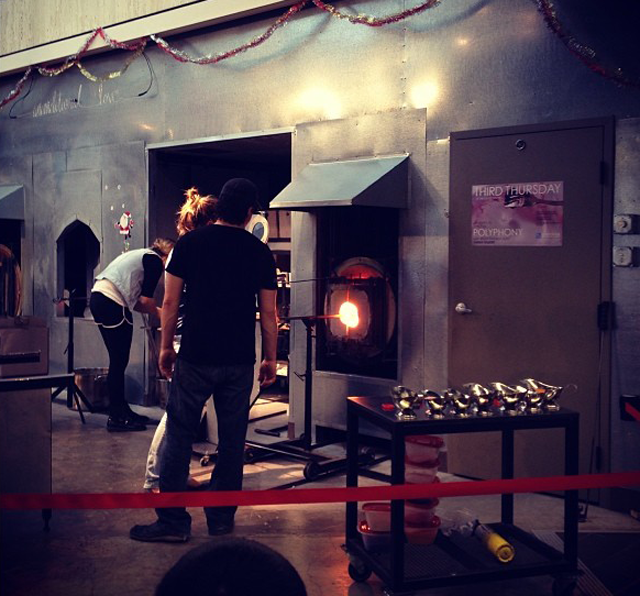 If you are ever in the South-Easternish part of Virginia, stop by and check out the Chrysler Glass Studio. They offer year-round classes in lots of different construction techniques, and are pretty reasonably priced (compared to places in Chicago, at least). My candy dish came out crazy nifty and next time I’m in town I’ll go back to do a “champagne paperweight ” (the fancy swirled up blob kind).  Can’t wait!

Stay tuned for next month’s skill, currently underway and going rather horrible; the ukulele.

« Cat Lady Monday: Nail Art with Pudge
How to Hide the Cable Box »