Y’all know what this is? 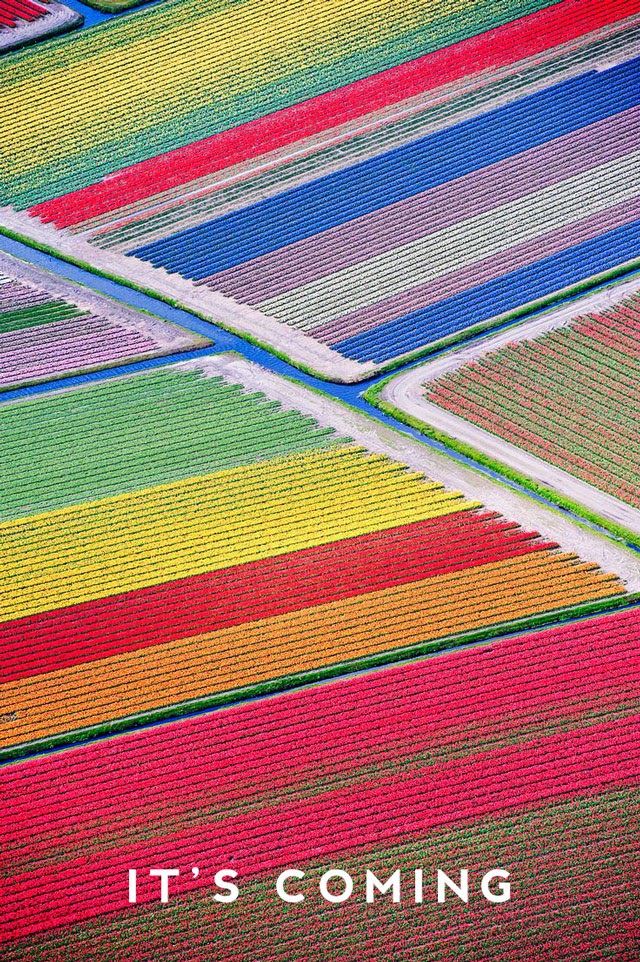 Tulip fields. In Holland. It’s all springy and rainbow. Meanwhile, we are here freezing here and those Dutch bastards are living in skittles.

Interesting fact; did you know more flowers were cut this week than in the rest of the year combined?* It’s true. Valentines prep. They all get chopped down and shipped out to flower shops.

* Look here, I want to hyperlink that fact about flower slaughter but I can’t find it on the interwebs right now, however, I have it on good authority from an Asian florist lady who had three teeth and a bad attitude, so I trust her. She’s good.**

** You know what though, you don’t see a lot of angry Asian people. I mean, so when you do, you know they know their sh*t. They aren’t being angry for the fun of it. They are making a point. Okay, I probably shouldn’t have said that about Asian people. Does that make me sound racist? Or, maybe I am racist? Or, maybe I just avoid emotionally erratic people in general so when you put that in proportion to the general Midwestern population, I just don’t know/see/experience a lot of angry Asian people. Does a question mark go here? I could be totally wrong. Feel free to school me on this as I am open minded. I mean, I’m open minded to admitting I’m subliminally racist.***

****It’s like, I really want to buy Beck’s new album but I don’t want to because he’s skunk drunk on Scientology and I don’t want my money to filter through a cult. That’s just common sense. But that also means I’m choosing to not do business with people based on their religion, which would be super McBiggoty racist if I suddenly cut off anyone who was say, Muslim. Or Jewish. Or Mormon. Or Methodist. Or whatever. Crap. I am an asshole.  I am an asshole and it is your fault, toothless and angry flower lady!

I’ll stop typing now because this was supposed to be a really short “Happy weekend!” post and now I’m making you think I’m crazy and racist in a religious way. But. Before I go I will remind you that if you are participating in the Valentine swap, you should check out what people are posting on Facebook. Stuff being sent…stuff being received…stuff that is FUNFETTI CUPCAKE CARDS from Olivia.

I’m only assuming from her photo here, but I think you shake them like snow globes. 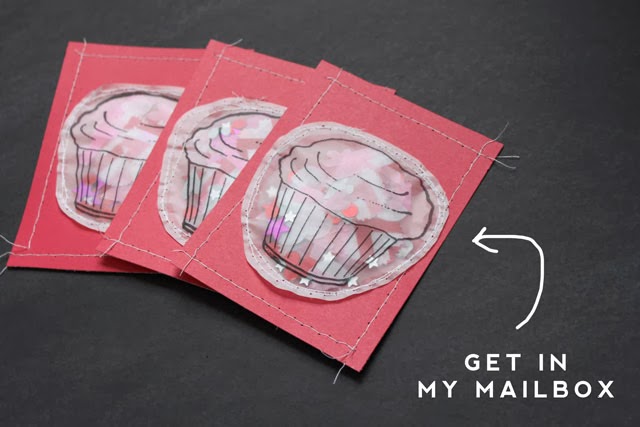 I know right? Damn, Olivia. Way to be awesome like that. Go see the other awesomeness. You don’t have to like my page or anything, it’s public. The posts are free. We’re nice like that.