Sometimes bloggers do these “the week in instagram” type of posts and I sorta think they are sorta a cop-out.  I mean, who wants to re-hash something they already put out on one for of social media into yet another form of social media? Yawn. But then I get these occasional emails from people wanting to know what’s going on in the little slideshow in the sidebar and I think, Well gosh, not everyone is on Instagram so maybe I should explain that a little.

Okay. So. That said, two things;

1. If you have a smart phone and can get on Instgram, do. You can lock up your account so nobody sees it, but, I promise you, it will make you a more observant individual. It won’t make any of us great photographers, but it will make us better at appreciating beauty, which is pretty fantastic in my book. 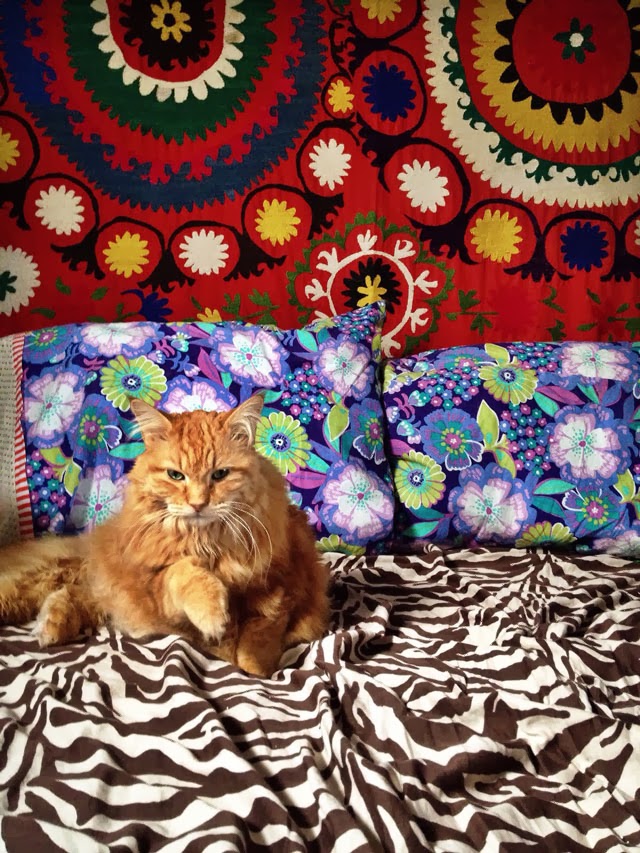 So let’s kick this off with the important stuff: Lola.

My cat, or should I say, the cat who allows me to live with her, has a particular talent for situating herself in places where she looks especially fetching. Nobody does pattern mixing like Lola. Here she mixed zebra on floral or ethnic with a touch of marmalade fur. If I were British enough to call something smashing, that’s what I would say here, but as I am American I’ll call it neato and hope Lola accepts the description as fair justice (not likely). 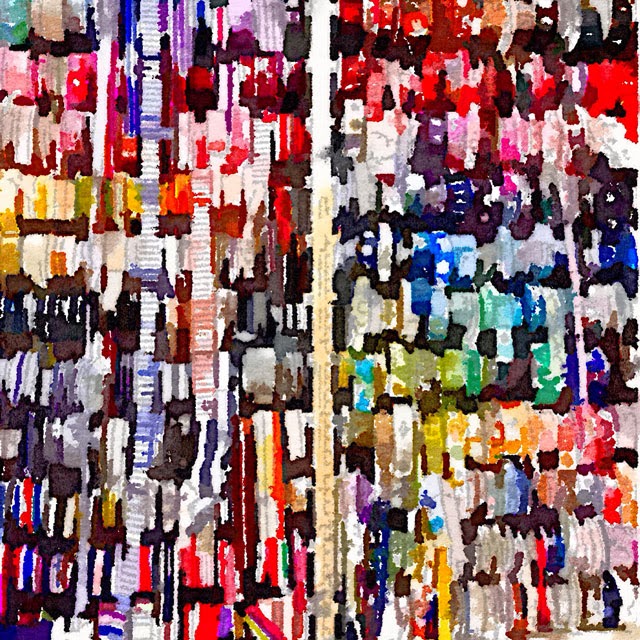 This is more of me messing around with Waterlouge (we talked about this earlier). The photo is from a wall of ribbons at Britex Fabrics in San Fransisco. Now I’m waiting for one of my favorite printers to have an enlargement sale so I can get this sucker blown up life size.

Side note: Britex is easily the best fabric store I have ever been to. It’s ain’t cheap but it makes your regular hometown fabric store look like a common hooker. Only reason I went to Britex when I was in San Fran was because a reader suggested it — so thanks for that! Man I love it when you guys tell me the important stuff. 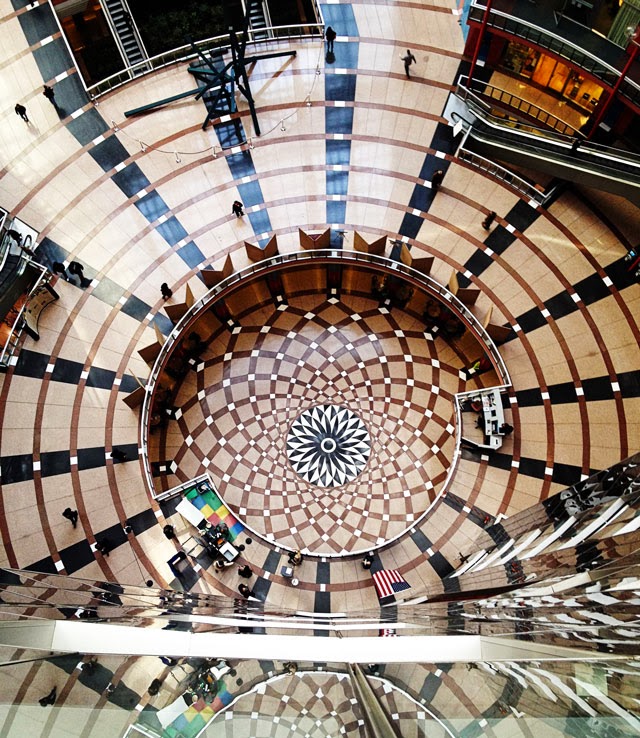 This is the Thompson Center in Chicago. If you ever have to drop some crap off at the Attorney General’s office, be sure look out at the view. Or down, I should say. What you don’t see here is that bottom floor there is actually just a giant food court and the whole place smells like Panda Express. 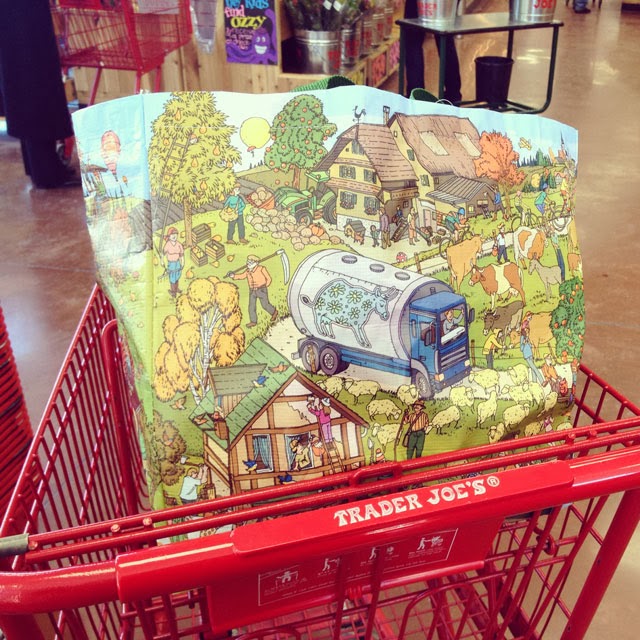 This is just me bragging because the guy at Trader Joe’s said I have nicest reusable shopping bag he has ever seen. And he sees a lot of bags. 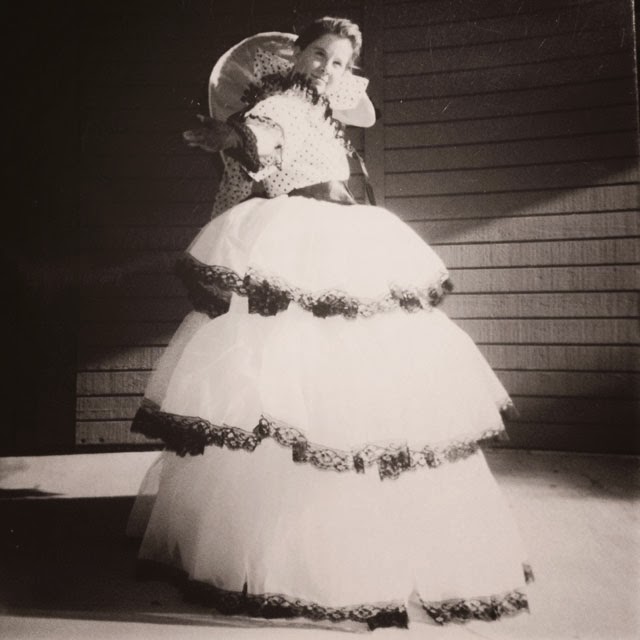 This is me too. #TBT (Throw Back Thursday). In a recent post I mentioned that I dressed up as Scarlett O’Hara not once, but twice. Wasn’t kidding about that. This is me age 11 wearing my costume, legit hoop skirt made from a bed sheet and hoola-hoops with my own two hands. BAM. 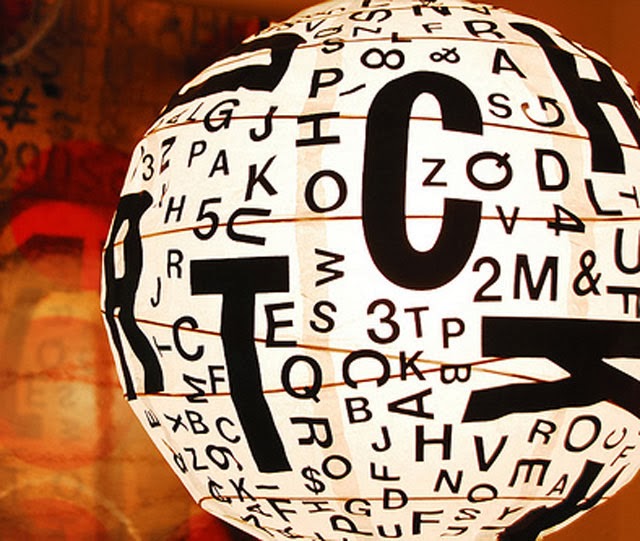 #FF (Follow Friday). This awesome lantern is by Alexa, aka Swell Designer. If you are in the mood to follow people who are in the business of making tie-dye sparkly things, she is a good one to follow. 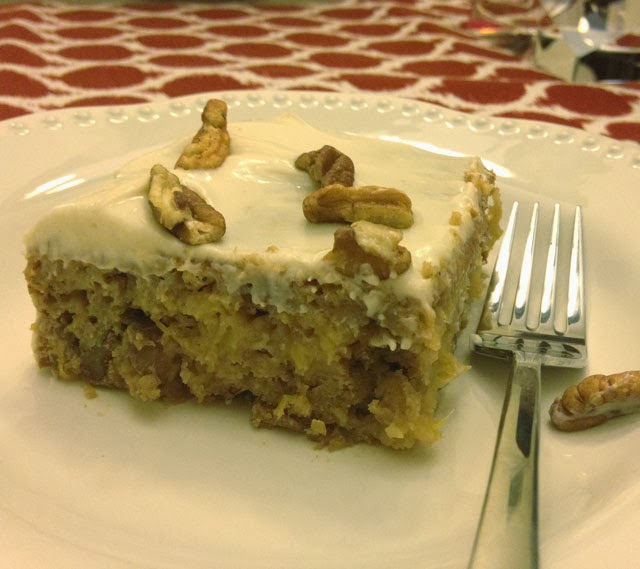 Friday night dinner at Noelleen’s, which was awesome, followed hummingbird cake. Noeleen is Texican and doesn’t read this blog so it’s okay if I tell you she went rogue on tradition and doubled the banana and pineapple and put Captain Morgan in the frosting. (Like I said, she’s Texican). It came out half-way to pudding, but surprisingly tasty. It’s been 20+ years since I had hummingbird cake and I am now hellbound and determined to make one myself.  This recipe from my friend Suzonne has perked up my interest something fierce. 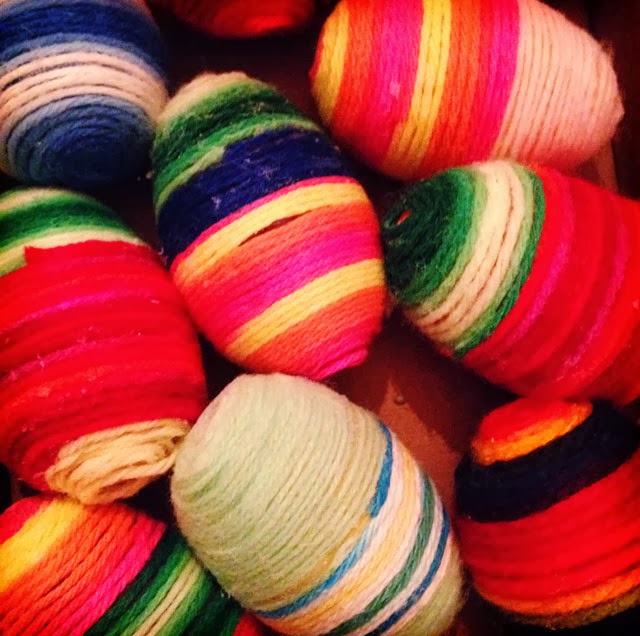 Heidi came over on Sunday and we crafted the bajeebus out of some eggs. I know it’s too early for Easter, so I promise more on these fellas down the line. Stay tuned!

« Decoupage: No Fail Tips and Tricks
Dead valets are okay and I need an embroidery hoop. »