Someone asked me recently what I was reading and I was embarrassed to admit that I didn’t remember. Not like it wasn’t good, I just couldn’t remember what was sitting on my bedside table.

I’m in the habit of reading before bed and on the train to work, but lately, 90% of my intake has been businessy crap and stuff about quickbooks. Or sales. Or accounting. Or tax deductions. The other 10% is Lucy Maude Montgomery, Canadian writer and fairy godmother to all redheads, most famous as the author behind Anne of Green Gables. 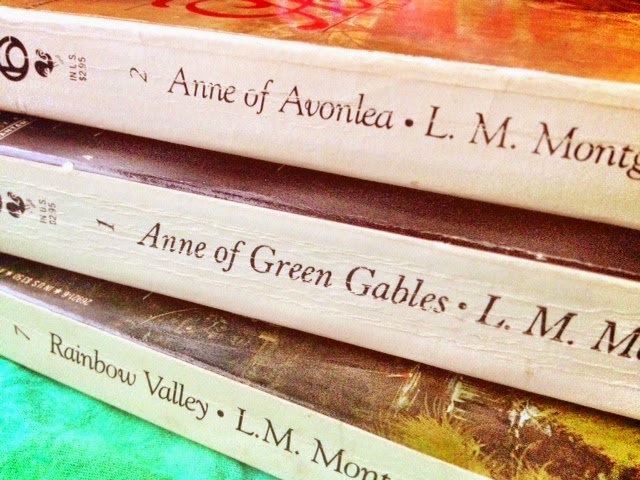 If you are a female and spent any of the 80s between kindergarten and college, you probably watched the two-part Anne mini series. Did you miss it?

Let me explain this to both of you: IT WAS MAGNIFICENT.

If you are a bookworm of any age, you probably also read the first couple books, and if you are a double bookworm of Candian descent you probably read all nine of them. I’m pretty sure I have now read all of them, although, they get kinda flakey around Rilla of Ingelside. Montgomery is not the most succinct writer, but she presents her stories with such affection and sincerity that you can’t help but love these characters. And her delivery is oddly comforting. Self-soothing like. Perfect for reading before bed. Every sentence this woman wrote comes with a vivid little nugget of imagery.

“Anne, who was perched on the edge of a veranda, enjoying the charm of a mild west windblowing across a newly ploughed field on a gray November twilight and piping a quaint little melody among the twisted firs below the garden, turned her dreamy face over her shoulder.”

See what I mean? I was so crazy about Montogomery’s writing that I tore apart one of my copies (no worries – it was already damaged) which I used it to wallpaper one wall in my old apartment’s living room.
I know these books were meant for little girls, but y’all. Come on now. Let’s just admit a good thing when we see it. I blame my addiction on my cousin Catherine, who used to keep her pastel paperback Anne books neatly lined up on a shelf, and sometimes I used to sneak one to borrow when she wasn’t looking (sorry, Katie)…Twenty years later they have the same effect on me, which probably reflects some psychological stuntedness but I’m not about to care. Anne rules.
A while ago I picked up a second-hand copy of the Anne of Green Gables Cookbook, complete with a recipe for Marilla’s plum pudding. Delicious! No. Not really. But it didn’t suck and it made me feel special, so that’s enough to warrant a spot on my shelf. 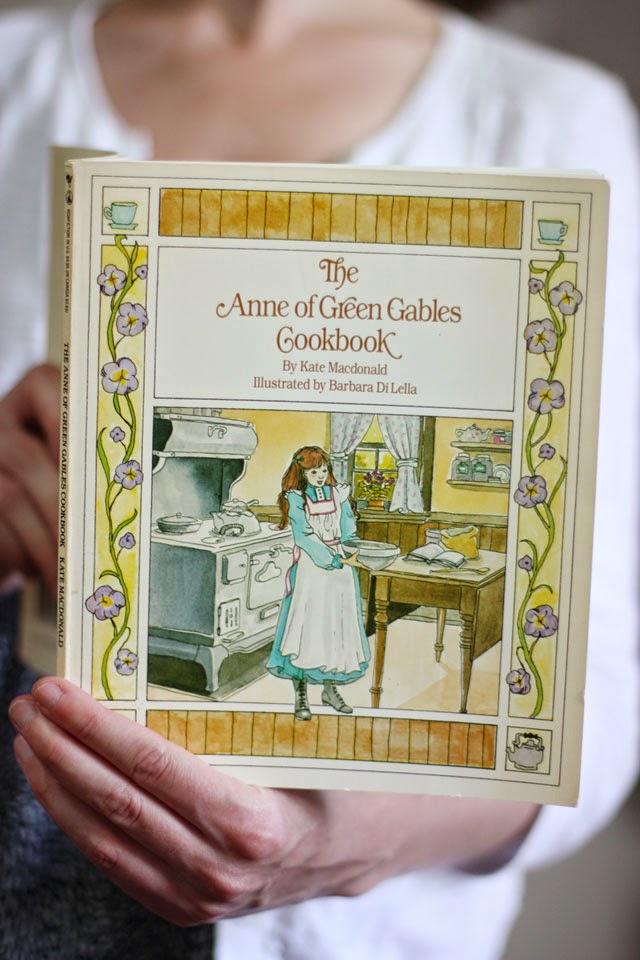 Why am I writing this?


Because I look around and I see every Tom, Dick, and Spiderman making a revival since their 80s heyday. Seriously. Have you seen the toy aisle lately? Or the movies? My Little Pony, Care Bears, Transformers, Teenage Mutant Ninja Turtles, Cabbage Patch Kids…Saved by the Bell THE MOVIE (did it need to be a movie?????) premiered this week, and Jem and the Holograms is now in production. Even troll dolls are making a comeback. Troll dolls, people. This is what they are selling to us. This is what they think we want?

WTF.
And where is Anne in all this?

Cast aside. Canadians still have the good sense to keep her dancing but it isn’t like it used to be. Last I saw, Megan Follows was playing a filicidal arsonist in Law and Order reruns. This is not okay with me. Not that anyone asked my permission, but I feel invested here and deserve some say. And where is Diana Barry in all this? Has Rachel Lynde finally learned her lesson? And when did Fred Wright start playing that guy from Kids in the Hall? Who signed off on this?

Clearly, Avonlea is now a jerky stall short of a goat rodeo, and I for one am not having it. Anne and her friends are past due for a revival. A proper pop culture revival. Movies. Books. Blogs. Cereal. Sun tan oil.  Reduced calorie drink mixers. Hell if I care what it looks like, I just know this needs to happen and it needs to happen now. Yesterday I saw a woman wearing a scrunchie, and not in an ironic way. If the scrunchie can death rattle it’s way out of the 80s I know, I know, I know, Anne can too.
« The Coolest Thing Since Those Cats Playing Patty Cake
Happy Weekend »