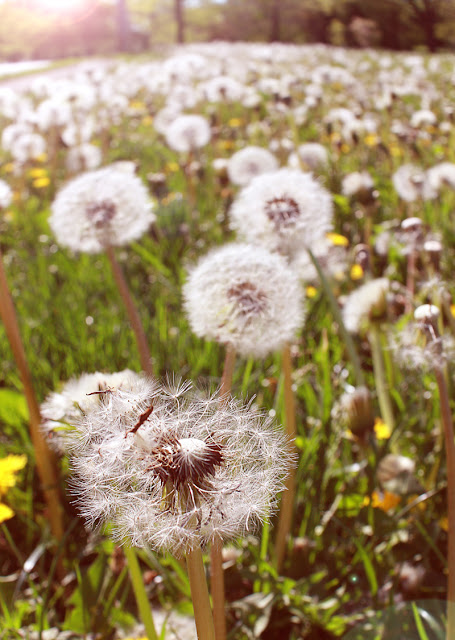 Around here, the end of May marks the end of dandelion season. I suppose most people think of them as loathsome *weeds, but between you and me, I think there is something to be said for dandelions.

What other cheerful yellow flower can flourish in the crack in the sidewalk? Or spread their seed to every continent on the planet? Not to mention centuries of use as food and medicine….

We don’t give dandelions enough credit.

And the best part? Their name! The term dandelion  comes from the French dents de lion or teeth of the lion, referring to the jagged leaves (take a look, they really do look like lion’s teeth.) Also, dandelion leaves are widely known for their medicinal use is as a diuretic, hence their other French name, pis-en-lit, which roughly translates to wet the bed.

Leave it to the French to make bed wetting sound jaunty and chic.

*While most people I know think of them as weeds, apparently, there are parts of Canada where dandelions are looked upon far more kindly than here in the US. Click here to read more info. Good stuff!