While you were gawking at Ryan Lochte’s abs, some Olympians were slugging it out in one of the world’s most ancient and challenging sports: String Game.
For some reason, NBC chose not to include the string game finals in their coverage.
Idiots.
Thank God, it was captured on film and you can view highlight images here today. I don’t want to spoil anything, but team USA may have won.

Look at the power behind that jaw! Those paws…. Those whiskers…Have you ever seen such skill and sportsmanship?
No, me neither. 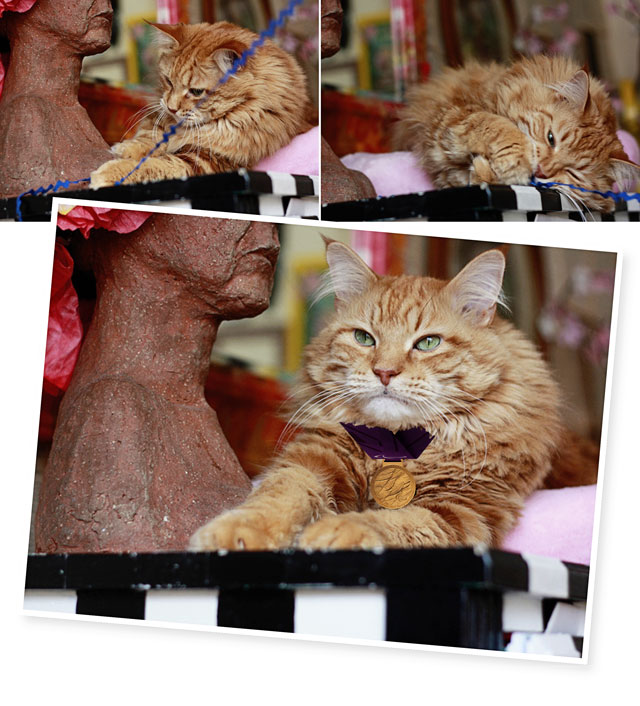 Under that gold medal lies the heart of a true champion. Congratulations to Lola on this hard-fough victory. Eat your heart out, Michael Phelps!
« The Red Book
Vay Kay »