Let me tell you something, it’s rough being a cat lady. People are all, Wouldn’t you rather have a dog? Or a husband? Cat’s are so judgmental. You can’t tell what they are thinking. They just poop and eat and all you can do is pray they don’t kill you while you sleep.

What do I tell these people?

What is the sound of one hand clapping? 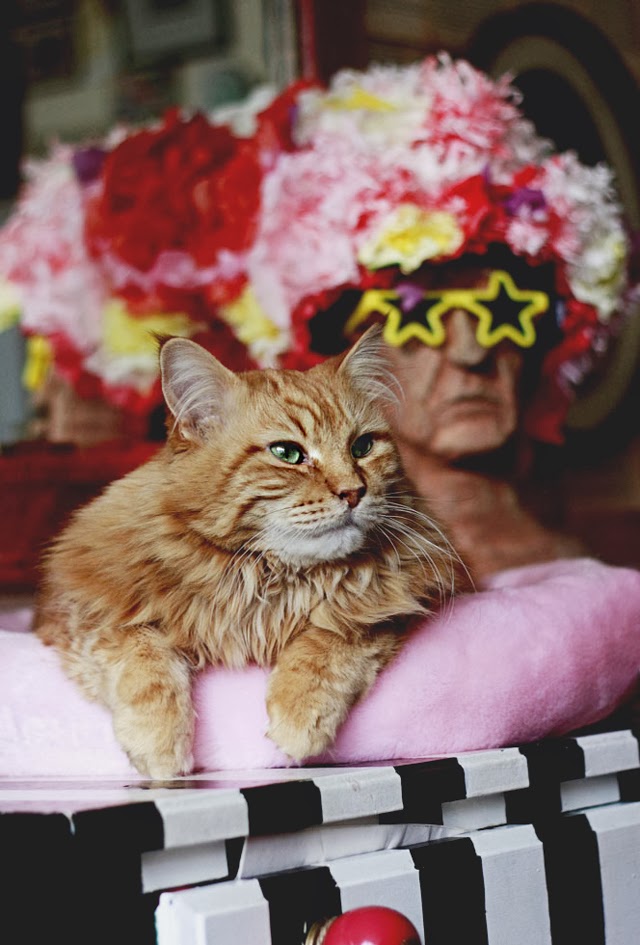 This weekend I went to the International Cat Video Film Festival. I sat in an auditorium with hundreds of other cat people watching famous cat videos that most of us already saw on Youtube.

That might sound weird to you, but I’ll tell you something, it felt good. Watching cats on the internet is generally, a solo activity. On Saturday, it was done as a group. It felt good to be part of something bigger. To be part of a team. A team of people. Cat people. My people. 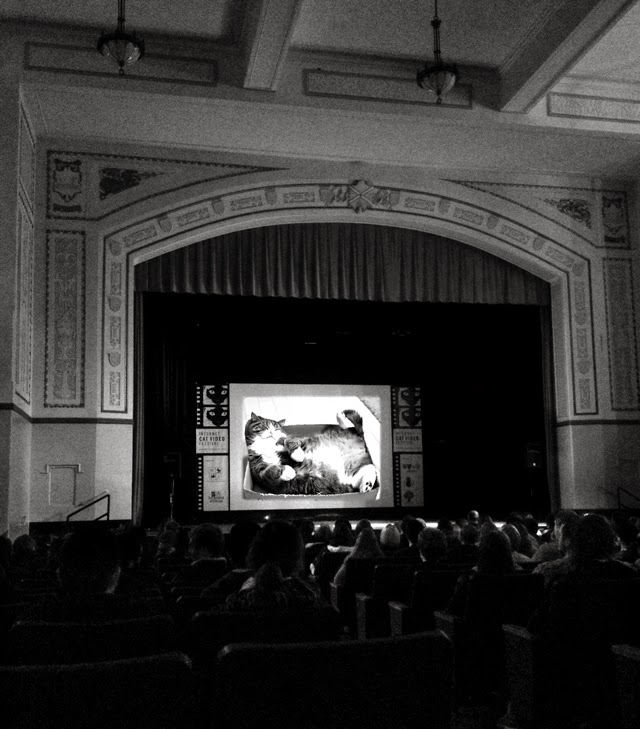 Sometimes I make fun of people for being fanatical sports fans. People who follow a team like it was their job. People who can quote key player stats easier than their own children’s birthdays. Those people creep me out. They say it’s not about the game…“it’s about the team. Being part of something huge! A legacy!” Like I’m supposed to understand that. I didn’t. I didn’t until I sat in a room full of hundreds of other cat people and sighed and squealed with them unison, excited and elated to watch the same things at the same time. We were together. We were rooting for a common cause. I looked around and thought, This is it. This is what it’s like to watch a playoff game at Hooters. 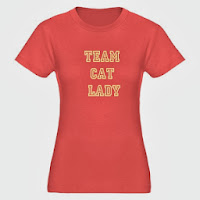 Now I get it. Sports fans, I understand you now.

I apologize for any unfavorable judgments I previously cast upon you. I now know better. You are just cat people with domestic beer and organized gambling. You are crazy for the Bears or the Yankees like I’m crazy for Maru or Henri. You have ESPN, I have I Can Has Cheeburger. You get excited to see your favorite players – me too! Me too, my friends. We are more alike than we are different.

PS: Let it be noted that some cats like sports too. Go Ducks.