There is a serious sugar skull situation up in here.

Despite the fact that my co–worker declared my creations closer to Mexican wrestler than  Mexican skeleton, I went and made some more. 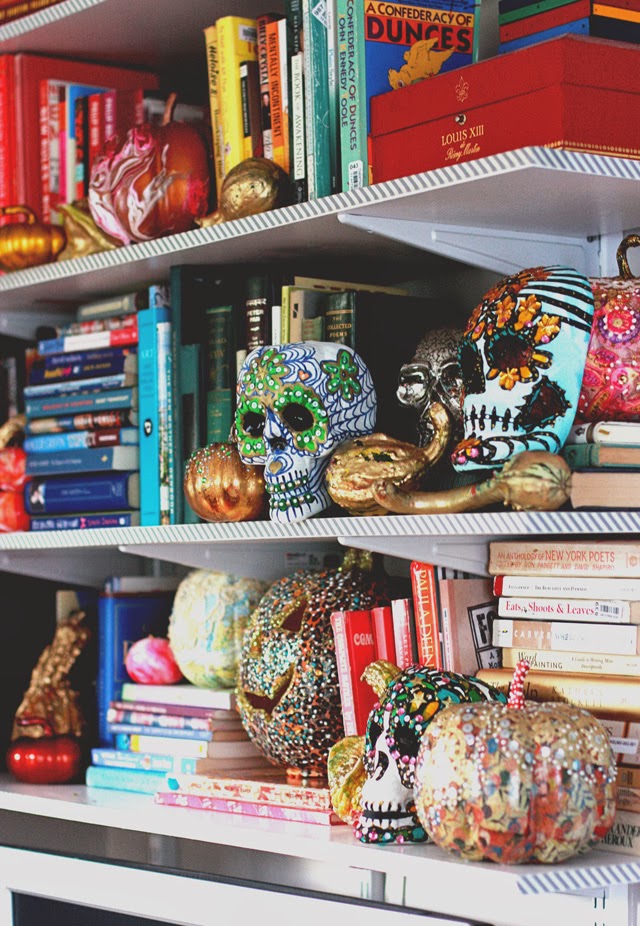 Then I went and mixed them in with my Liberace pumpkins on a bookshelf. Now it looks like Liberace and Lucha Libre went to a Halloween party at that bilblioteca.

You see how I worked in my Spanish skillz there? 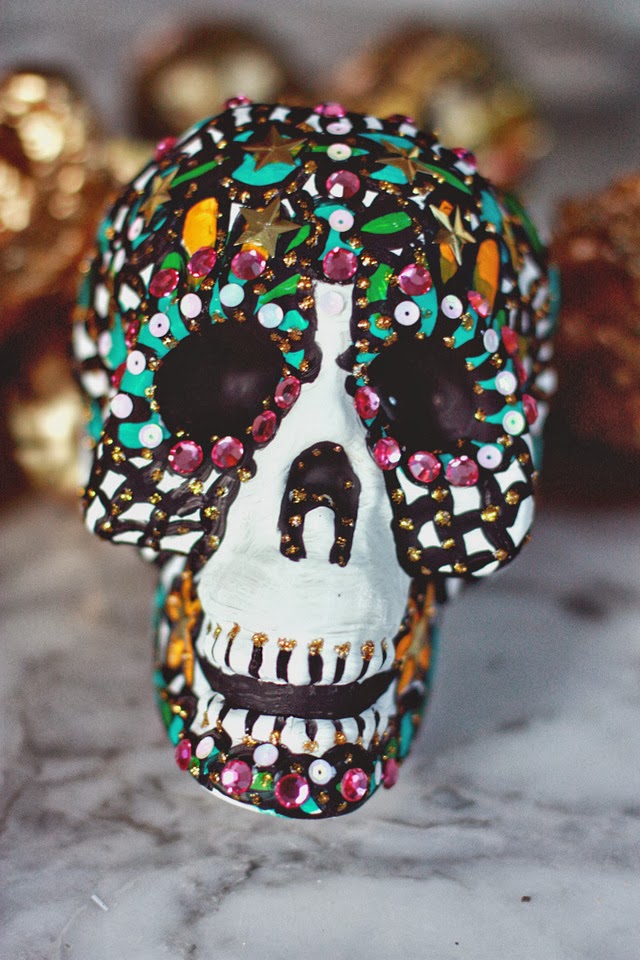 These skulls started out as $2 plastic decorations from Big Lots. Love me some Big Lots. I just scuffed them up, painted them white, the blobbed on some colors…some black outlines…some rhinestones. I didn’t buy anything for this project but the skulls. Just raided the junk drawer. This tells you something about the quality of craziness you will find in my junk drawers. 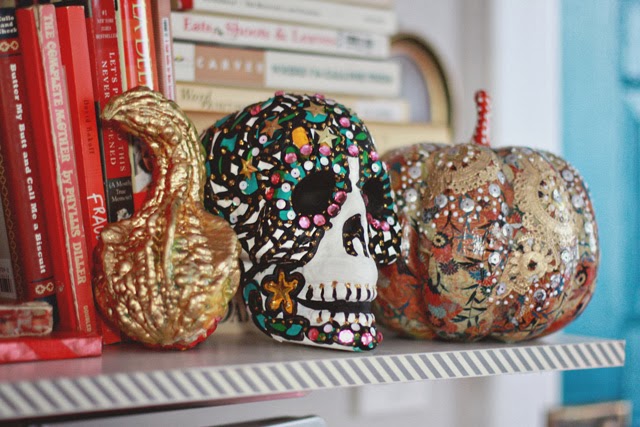 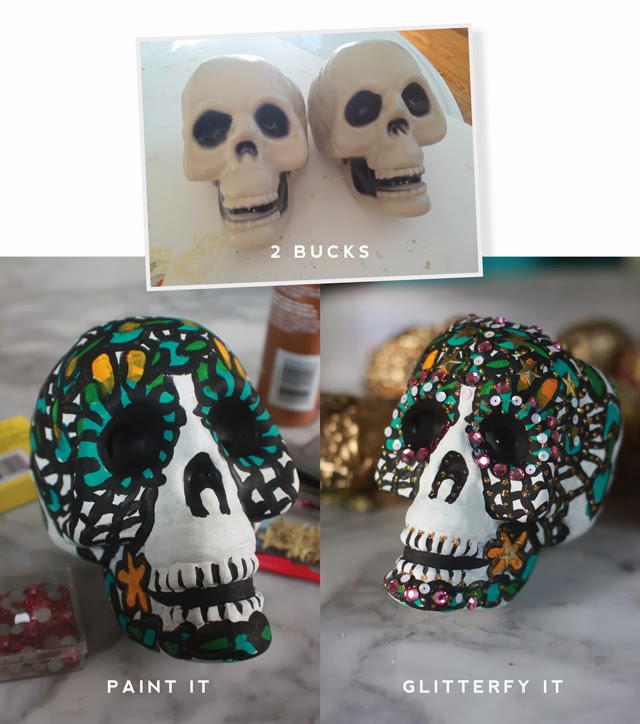 The lines on this one below look a little lighter because I used a permanent marker instead of black paint. The ink absorbed into the paint and faded quite a bit. Lesson learned. 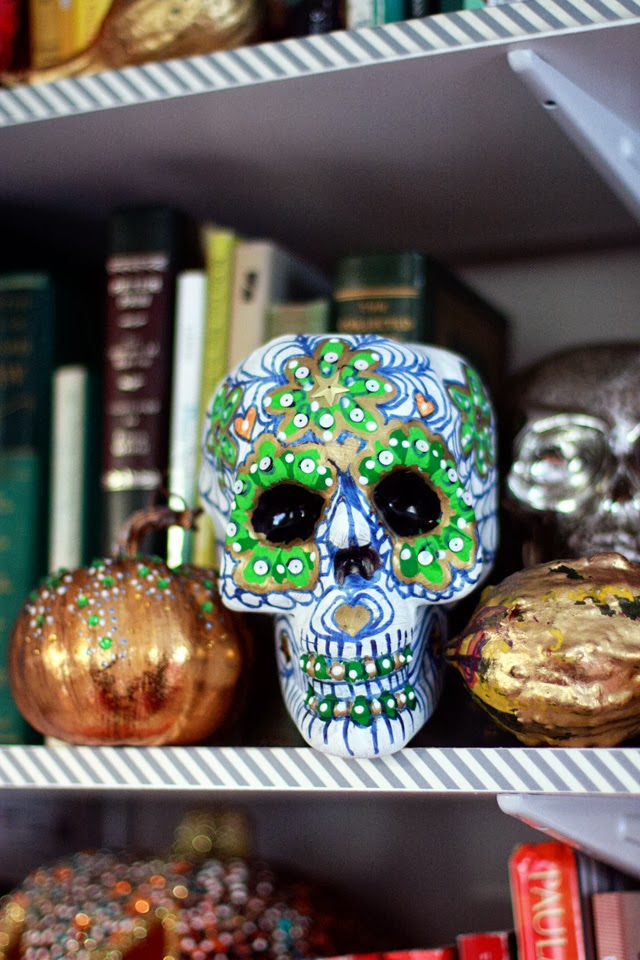 And here is the one I made last week on a paper mache mask. 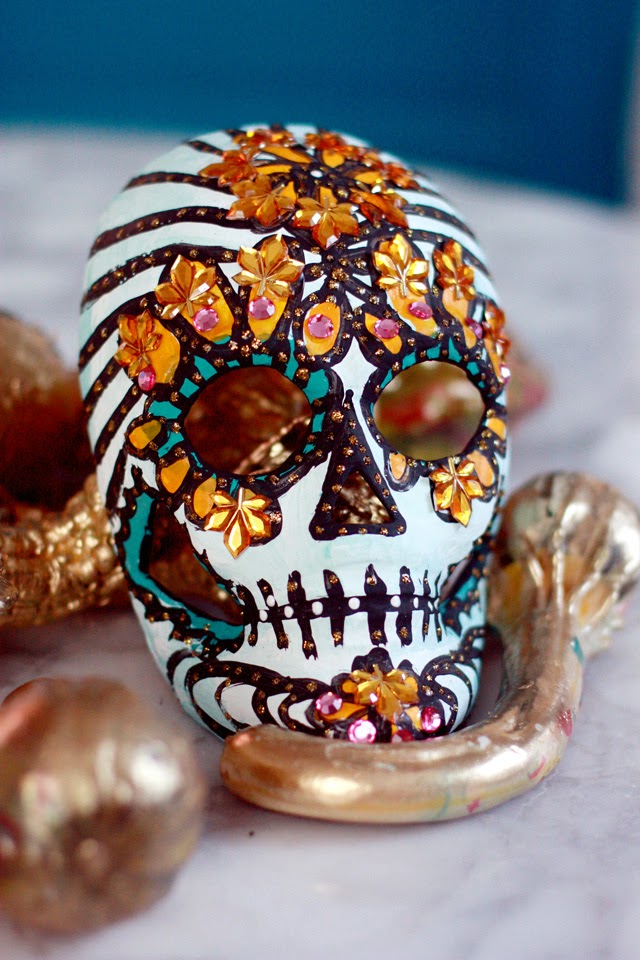 Then, of course, right after I finished with these skulls on Friday, I was at Paper Source in Evanston with some friends on Saturday and what did I see? A sequin sugar skull coin purse. I mean. 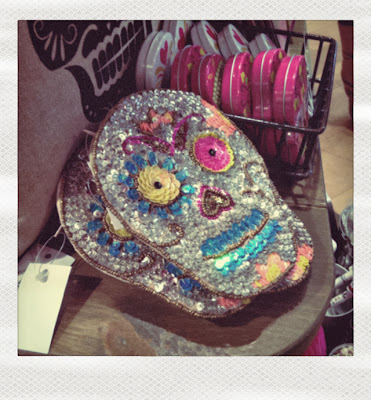 Twelve bucks. I didn’t buy it. Can you believe that?  I may need to go back. We’ll see. In the meantime, I’m staring at this pictures and noticing how I could have done my skulls differently – a flower around one eye, a crown on the forehead, an inverted heart for a nose…and glitter. Well, not so much glitter as sequins. I need a skull of sequins. I need it bad.

Looks like someone will be making another trip to Big Lots… 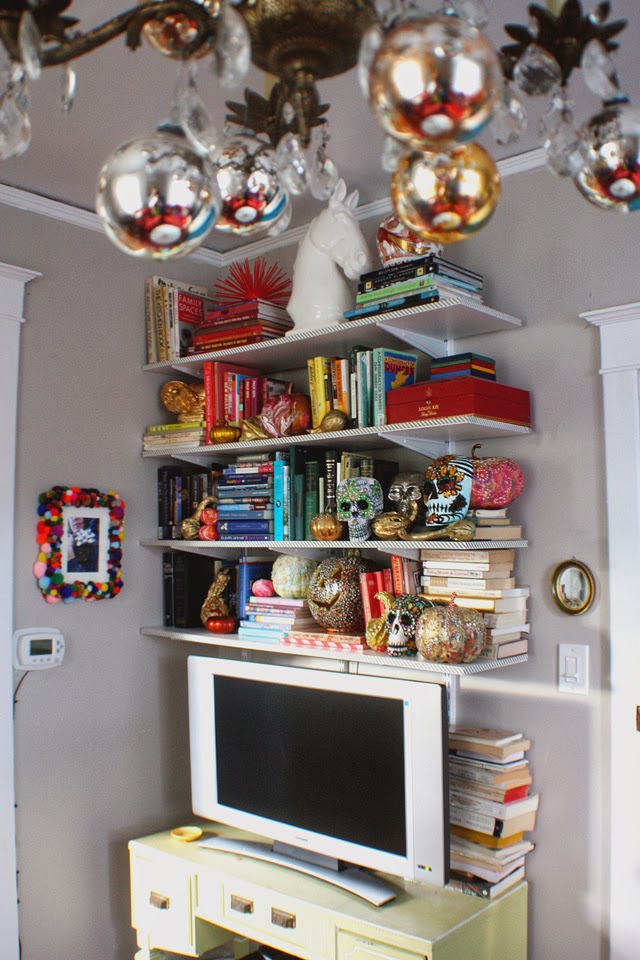