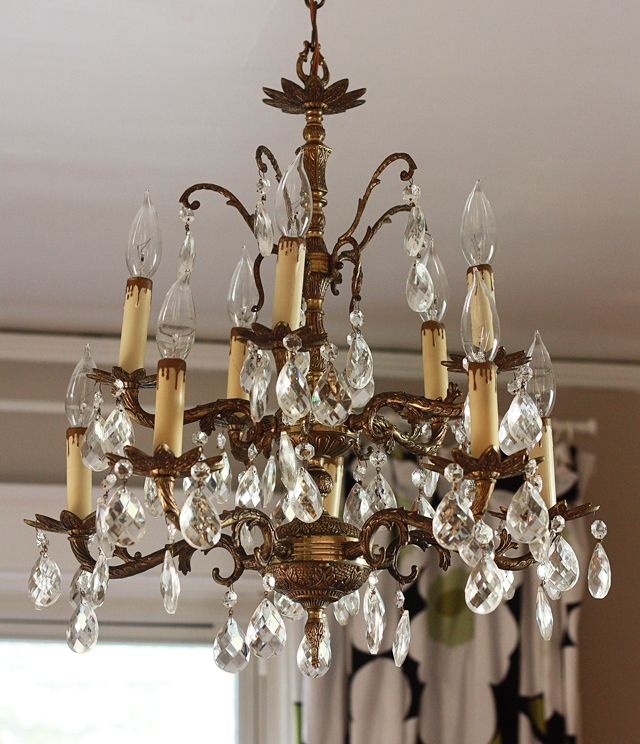 It took me six months, two bottles of vinegar, and one sketchy transaction with carny hipster to bring her home, but she is finally here.

And I did it myself!

Between the installation, the cleaning, the collecting and assembling of all the crystals, I have a new appreciation for anything with dangly prisms. Chandeliers in particular.

Technically, there are holes for TWENTY THREE more prisms but I think that might be overdoing it.

I can’t believe I just typed that. 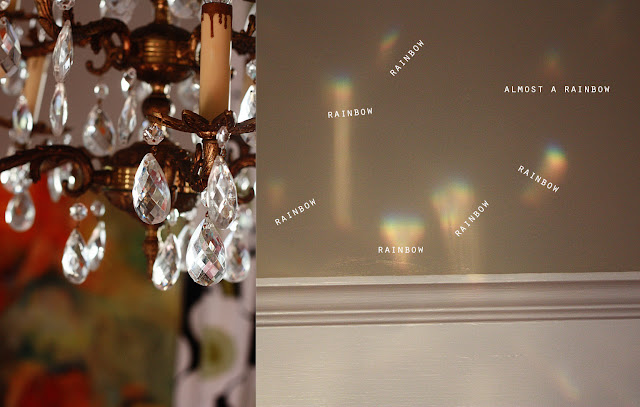 I have been lusting after brass and crystal chandeliers ever since I saw Pollyanna as a kid.

There is a scene where Hayley Mills brings calves foot jelly to the poor folk ( I know, right?), including Mrs. Snow, a crabby old woman on her deathbed. When Pollyanna disassembles her lantern and dangles the crystals in the window, Mrs. Snow suddenly finds herself in a room full of dancing rainbows.

Note: This is where my chandelier, Mrs. Snow, got her name. I like to name things when I know I will be seeing them everyday for many years. It reminds me to take care of them.
Also Note: As an adult, I now realize most poor widows on their deathbeds do not keep chandelier lanterns in the bedroom, and even if they did, calves foot jelly might not be the helping hand of choice. But it all seemed very logical at the time. And Hayley Mills has a way of presenting things as Gospel. Which is weird because my Dad told me she grew up and became a Hare Krishna. He even said he saw her sitting on the floor in an airport wearing an orange robe and playing a sitar. Then again, he also said he said hotdogs grew on trees. So there is that.

My cousin John came for a weekend in February and showed me how to do basic electrical work; replacing light fixtures, installing dimmers, etc.. Mrs. Snow was still under construction then, but John was good enough to take down the heinous ceiling fan and made way for a temporary Elmo lamp. (Yes, Elmo lamp).

By the time he left I was on such a This Old House high, I took on repairing my own garbage disposal.

And I still have all my fingers. 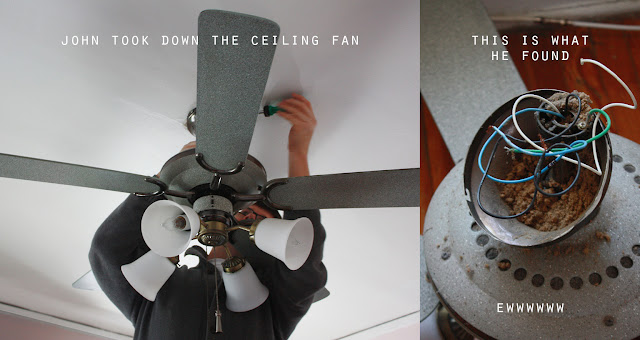 Then last weekend Dale, who knows about these things, inspected the wiring and said Mrs. Snow looked sound enough to hang.

I installed a chandelier!

It took three attempts, serious patience, two trips to the hardware store and a lot of help from Kiki, but I did it!

This is my second proudest home improvement movement to date (the garbage disposal is still #1 as it was way too gnarly to rank #2).

Snag: Mrs. Snow’s ceiling plate cover was too small and flat to fit over the junction box, so I had to buy a new one. Apparently Home Depot sells 150,000 items, but brushed brass ceiling plates isn’t one of them. So instead I bought the cheapest one they had in stock and decoupaged it with red origami paper. Neato, huh? 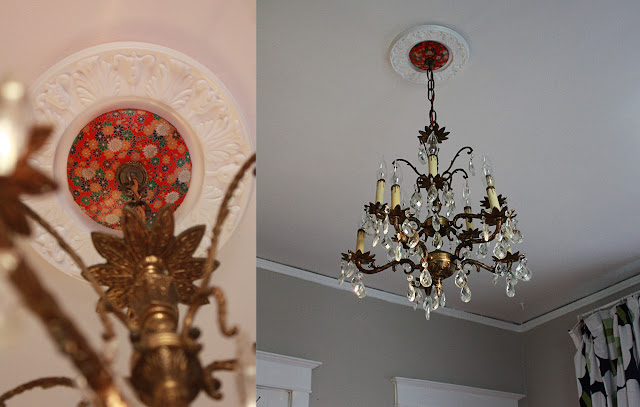 Thinking about installing a chandelier in your home? Here is a basic rundown. Warning: not all ceilings can handle the weight, and not all junction boxes will pair with older hardware (at least without some helpful advice and a couple trips to the hardware store).

Want to see the crystals scene from Pollyanna with Mrs. Snow? Click here (FF to 3:30). Or hell, why not watch the whole movie?