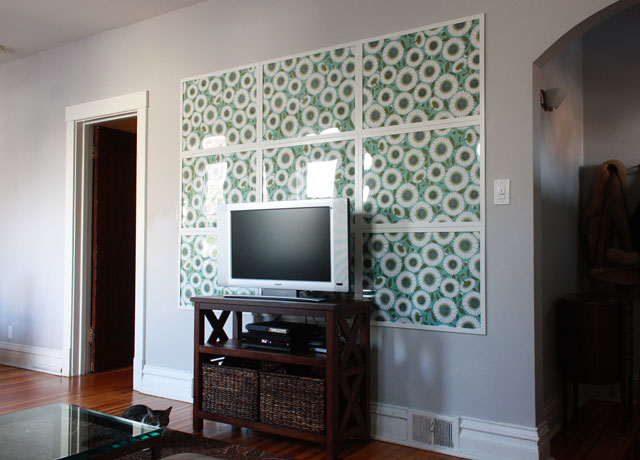 If I had to guess, I would say 30% of the people I know have a room in their house with a big empty wall.

And not empty like Let’s Embrace Our Buddhist Calm Space empty, I mean empty like Dude Don’t Distract From My Totally Awesome Big-As-A-Car Television With That Thing You Bought At Marshall’s empty.

Back when we all had square TV’s we would put them in entertainment centers or sandwich them between bookshelves, but now that flat screens are all the rage, they usually end up sitting on a narrow credenza on the largest wall in the room. You probably know somebody with a similar set up. Let me guess, it looked like this: 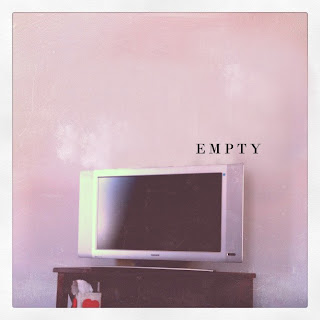 The TV above belongs to Kiki, who would like to everyone who read last Friday’s post to know “I DID NOT REJECT YOUR PURSE. TELL THEM I AM A NICE PERSON. TELL THEM!!” …which I can confirm: Kiki is a nice person. She just prefers boring purses. Thank goodness she does not feel the same way about her walls (or this post would be really boring).

So, Kiki wanted to snazz her  TV situation but couldn’t find the right fit. Big art just competed with the screen and little art just looked too dinky next to machinery and heavy wooden credenza. It wasn’t a good choice for an accent paint wall, and wallpaper was out of the question….

So we went to Paper Source. Found a couple of sheets of Japanese wrapping paper and put them in them in two simple Ikea frames laying around the house. It looked like this: 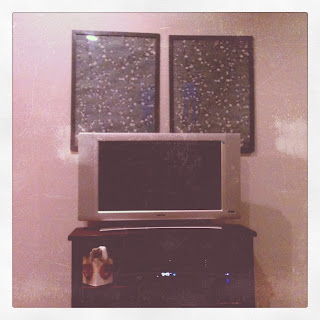 Dinky. Nice, but still not big enough to balance the heavy TV and the giant expanse of empty wall around it. So we went back to Paper Source, found the most awesome floral gift wrap ever, and back to Ikea for more frames. Then we got to work: 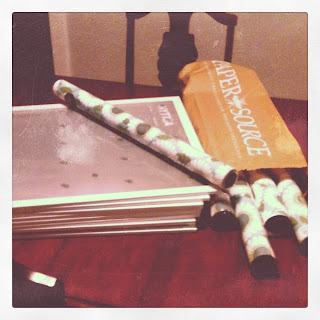 If you are the fancy type, I would suggest using spray adhesive and an exacto knife to adhere each piece of wrapping paper to the cardboard, making sure the pattern seams match between each frame. But since neither Kiki or I are fancy, we just folded each piece and slapped on some masking tape. This ain’t rocket science. 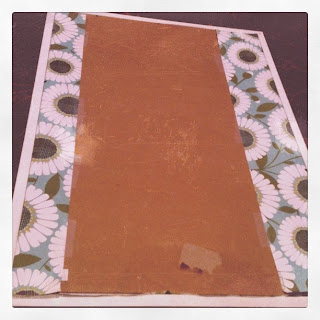 Originally, we planned on hanging these with 2″ gap between the frames creating more of a grid. That idea was ditched because some of the frames were slightly warped –not enough to notice on their own, but to stick out like a sore thumb in a grid formation. Also, if you are doing this project, I suggest hammering right through the frame as to avoid any wiggle room that comes with using picture wire. 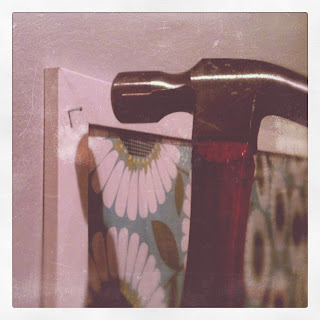 Be sure to use a level, especially if you are using cheapo frames with wonky/warped edges. You will be staring at this wall every time you watch TV –if these are not hung straight, you will notice the imperfections every single time you look at that wall. This process will require some patience. I suggest working along to a movie that will periodically demand your attention in ways that will require frequent breaks. Tonight at the cinema: Brigadoon. 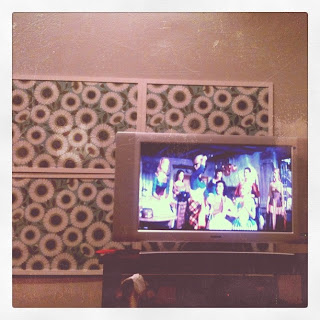 And that’s it. Now stand back and admire your work! 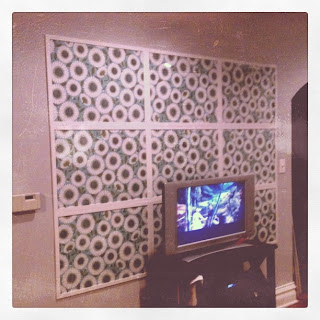 Who would have thunk a few cheapo frames and some wrapping paper would make such a big difference? 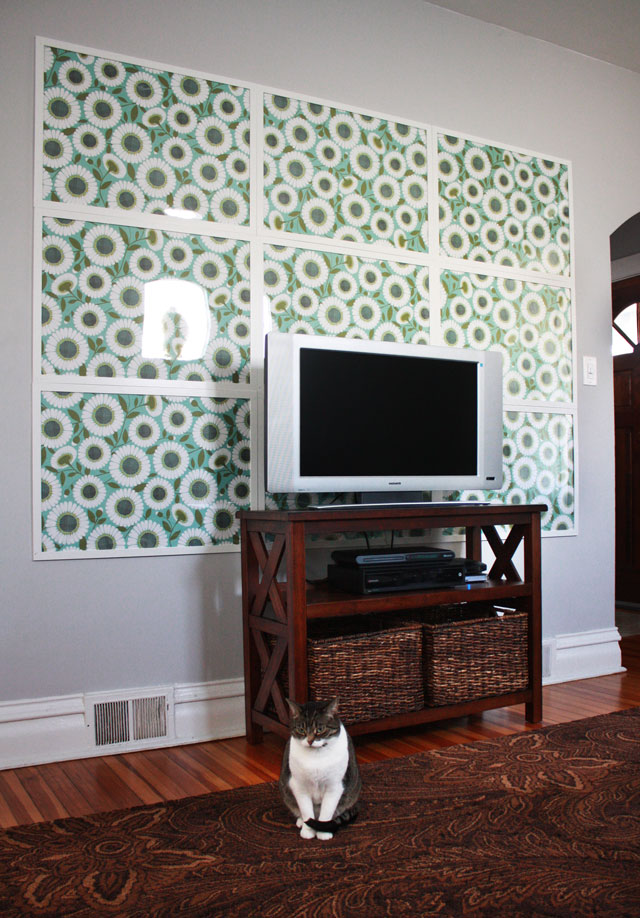 Yentl, Kiki’s cat, who has very discerning taste, offered her seal of approval. Thanks, Yenni 🙂

PS: On the topic of home decor –any Apartment Therapy folks out there? Apparently I am up for the 2012 Homies. Take a second and vote for me, wouldya? And while you are over there, click around and see what other folks are doing –I just found ten new blogs to follow. Cool beans!