I was going to post something about Halloween costumes today but that feels awfully irrelevant right now. As I sit here watching the news, gawking at the devastation caused by Hurricane Sandy, it occurs to me that there are other things to worry about than dressing up like Sexy Big Bird.
Color me humbled. 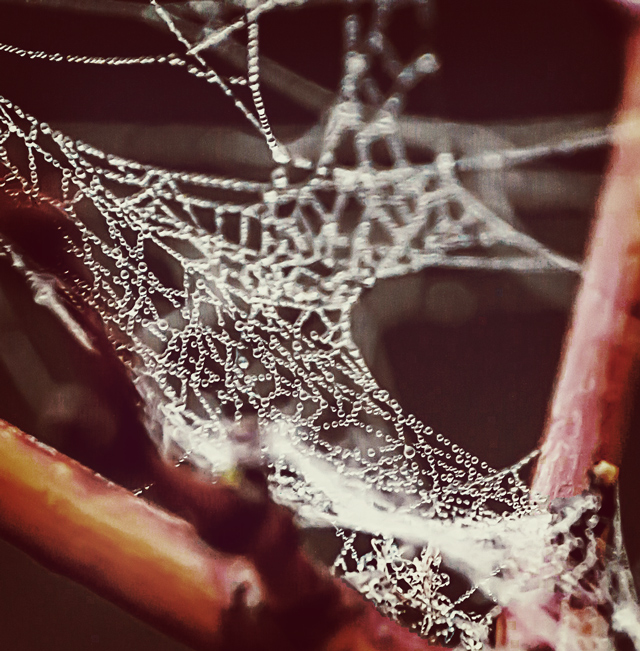 So many of you who read this blog are located right in the path of danger. If you are one of them, please know that my thoughts and prayers are with you right now and I hope you will tell me, and all of us, what we can do to help.
Then again, if you just survived a hurricane, you probably have Helluva lot better things to do than read a craft blog.
But I’m praying just the same.

Contribute to relief efforts with a one-time donation to the American Red Cross. 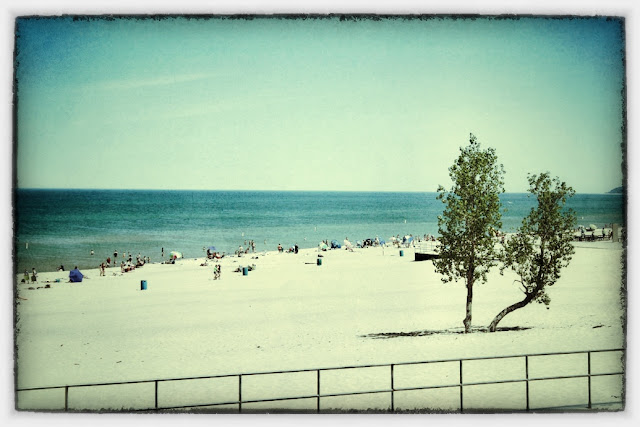 I once heard a marriage counselor say that the world is divided into two types of people.

Type 1 is one sort of person who likes to be right. They enjoy it. They seek it. They feel that being correct/good/valid about something means they (as a person) are correct/good/valid by proxy.
Type 2 is the sort of person who does not like to be right because, if they are right, that means someone else has to be wrong. They will not seek to prove their point of view because it means someone else has to feel bad about the issue. And if the other person is feeling bad because of their actions, well, how could they let themselves feel good? Instead, they will hold back, bite their tongue, and accommodate by whatever means necessary.

Neither one is better or worse. The world relies on Type 1’s to strive for progress and innovation (after all – they need to prove their point), while Type 2’s provide empathy and compassion. Interestingly, the counselor said that most successful marriages are composed of couples that fall on opposite sides of the table, but, she was sure to point out that  “most people who are successful in life fall somewhere toward the middle of the spectrum” she said, making elaborate, tai-chi esque hand gestures.
Since hearing this advice several years ago, I have come to conclude she was right – there are two types of people and the spectrum of “rightness” is wide. Very wide. And getting my own butt somewhere in the middle is a more difficult struggle than one might suspect.
I have also concluded that the only thing I like less than an Extreme Type 1 Know-It-All Asshole, is a Mealy-Mouth with a Martyr Complex Type 2. As luck would have it, I am excellent at attracting both.
Where am I going with this?
The trees! Oh yes, I was writing a caption to this photo I took of these two trees at the WarrenDunes in Michigan a couple weeks ago (it’s a fun beach, btw — you should totally go).
Thing is, you don’t usually see trees growing in the middle of the sand at the beach, do you?  Yet here these two stand all on their own. Isolated. Alone. One erect as a tin solider (Type 1, obv), while the other one is half-way to a back-flip trying to accommodate (a Type 2, natch). If the one on the right stood up straight, it would steal the light from the one on the left, and then the one on the left would peter away. Eventually the one on the right would remain, but would lack the strength to stand alone to weather to wind and rain, not to mention a frequent occurrence of sand storms. Both trees would eventually fail.
Moral of the story: If you are a tree, don’t be an idiot and plant your roots in the middle of a sand dune.
Moral of the story 2: Next time you insist on asserting your opinion as what is right, look beside you and wonder if someone else is holding back so that you do not have to be wrong.
Wow. This might be the world’s longest photo caption.
***
I’m taking a break through the end of August and posting nothing but pictures… Details here. 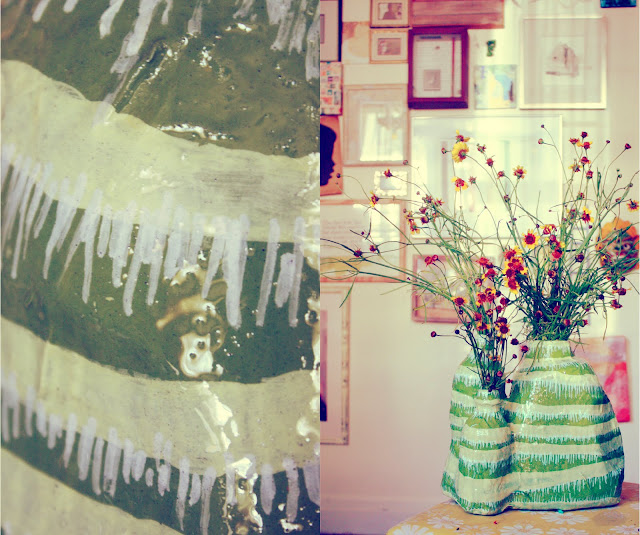 Something about hot weather always gets me dreaming of the cold days of December. I have been known to play Christmas music in July.
This is also the season for wild flowers, which I adore, but they never seem to look right when I try to arrange them with other flowers. They refuse to be tamed! I needed a vessel to hold them solo. A vase with multiple holes does the job, and I just love putting something so summery into something with a wintery look. Makes for good contrast…yin and yang….ice cream and pretzels…icicles and wild flowers 🙂

This project is super easy and requires very little time or talent. Traditional paper mache can get messy (not a bad thing in my book), but you could probably replace that step with a decent layer of tape.
Send me pictures if you make one of your own!

Last Sunday I awoke to the sound of birds. Hundreds of them, if not thousands, each of them chirping and pooping away while clustered in the trees running up and down my block. It was like a scene out of Alfred Hitchcock’s The Birds. For real.

Lola was pacing the length of the front windowsill, stalking her prey, only occasionally stopping to swipe behind her ears.

Now, if I were a smarty pants, I would have stopped and posted something on facebook about “My trees are flooded with birds and Lola is cleaning behind her ears: a giant storm is coming!”…and then 48 hours later, (today) when a blizzard is about to hit, everyone would look at me like some psychic meteorologist.

However, I am not a smarty pants, nor a meteorologist, or a psychic…but I do just know a thing or two about patterns. Call them farmer folklore, or old wive’s tales, but they are real. Real reliable, too.

It’s not rocket science either (seriously, I can’t even handle long division). It’s just a matter of observation. Plants and animals are far more likely to react to changes in air pressure than we are, so if you look for patterns, they will tell you the forecast.

Look at birds. Expect fair weather if birds are flying high in the sky, but large numbers of birds in trees or sitting on power lines indicate a storm is imminent (low air pressure hurts the bird’s ears so they seek lower ground and keep flying to a minimum). Some small flocks of birds will temporarily mesh together, instinctively seeking safety in numbers.

Look at cats and dogs. Like birds, they are sensitive to air pressure changes and will rub/clean/lick behind their ears and neck more than usual. My dad used to feel the back of our dog’s ears looking for hot spots as a mode of weather prediction. Then again, this is also the man who regularly bet on horses because their name correlated to the cast list of Columbo, so really, don’t invest too much in that method.

Look at livestock. Cattle herds will cling together in the hours ahead, only to sit down just before the storm starts. I didn’t believe this one until one time we drove through Wyoming in August and all of the sudden every cow in the state took its signal and sat down. Five minutes later the sky opened up and we had to pull over to the side of the highway until the clouds cleared enough for the windshield wipers could keep up. I’ll tell you something, those Wyoming cows know what they are doing! Similarly, hogs are not as smart as Wyoming cows, but they squeal louder and scurry to build up their nests when storms are on the horizon. I have also heard that roosters will start crowing later in the day. Then again, every rooster I ever met crows ALL DAY everyday. I don’t know what cereal manufacturer propagated this myth that roosters only crow to wake up their farmer at the crack of dawn, but that’s just crap. Wow, do I know how to get off track…..

Look for smells. If you ever heard someone say “it smells like rain is coming” and thought they were silly, well, you were wrong. Plants release waste in a low pressure atmosphere. Flowers smell sweeter, swamps smell nastier, and general field plants will carry the smell of compost. Learn to recognize the smell in your area and you will never be caught without an umbrella.

Look at your hair. My friend Lara, who has wonderfully curly hair, claims she can predict excessive humidity by an increase of frizz in her hair. I can’t attest to this one myself, but it sure seems to make sense!

Look at the moon. Do you see a halo or ring of light around it? This is from light shining through cirrostratus clouds and a warm front is likely. Remember, “circle around the moon, rain or snow soon.”

Look at the grass at sunrise. If there is dew, rain is unlikely that day, but if it is dry, then there are clouds/wind and an increased chance of rain (obviously this method doesn’t work if it rained at night).

Look at the eastern sky in the morning. If you see any amount of reddish hue, this indicates a low pressure system coming from the west (ie: storm is likely). Hence the expression “Red sky at night, sailor’s delight; Red sky at morning, sailors take warning.” ….this also works the same for “Rainbow in the morning, need to take warning.”

Look at the clouds. Clouds tell all kinds of stories. Rapid moving clouds usually indicate rain. This is very rare, but if you ever see clouds moving in two different directions (one layer going left, another layer going right), take cover. This indicates bad weather, including hail. If you see clouds on a winter night, expect warmer weather tomorrow.

These patterns have been passed down through the ages. There are many more, I’m just scribbling down what I recall at the moment. If you know of any good ones, please chip in the comments section!

Anyone interested in learning more about this stuff, the ultimate resource is always The Old Farmer’s Almanac. You can find the 2011 copy in the magazine rack at most US grocery stores. Check it out sometime –all kinds of nifty stuff!

…and to everyone who will be hunkered down indoors the next 24 hours: Sit tight and stay safe!